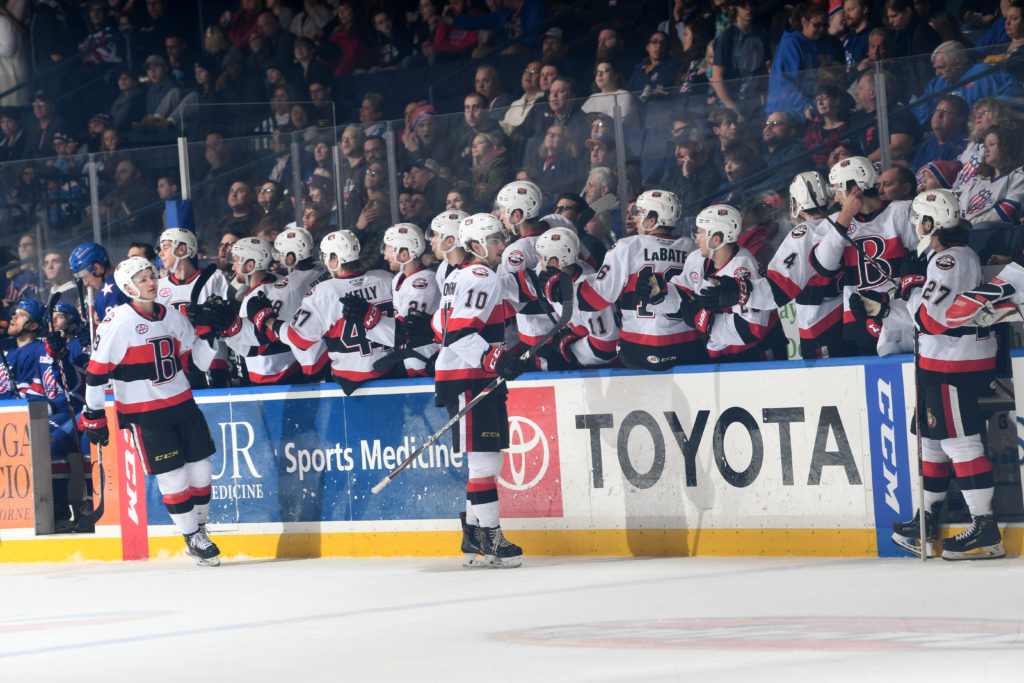 The Belleville Senators used an Alex Formenton hat-trick to role to a 5-1 win in Rochester Friday night.

Vitaly Abramov and JC Beaudin also scored while Filip Gustavsson made 35 saves. The Amerks’ Jonas Johansson turned away 13 shots before being replaced by Andrew Hammond who stopped six shots. CJ Smith had their only goal.

Formenton opened the scoring 4:55 into the first as the rookie beat Johansson awkwardly from the left side of the left faceoff circle for his 17th of the year for a 1-0 Belleville lead.

He had his second of the night short-handed at 15:03 on one he didn’t know too much about as Josh Norris’ initial shot was saved by Johansson and the rebound just hit Formenton and trickled in for a 2-0 advantage after 20 minutes.

The Amerks got on the board through Smith’s sixth of the year at 9:05 of the second with Erik Brannstrom in the box but Belleville restored its two-goal lead through Abramov who basically scored from the goal line as he just tossed the puck goalwards where Johansson somehow put the puck into his own net and ended his night at 15:29.

Beaudin buried Belleville’s second short-handed goal of the evening with 2:52 to play in the second as Morgan Klimchuk forced a turnover in the offensive zone before finding Beaudin who used a screen to beat Hammond for his second of the year and a 4-1 Sens lead.

Formenton completed his first career pro hat-trick with 2:25 to play as he buried the empty-netter to make it 5-1 Sens.

Belleville is back at it tomorrow night when they visit Utica. The Sens aren’t home until Jan. 25 when they host the Comets on Bell Let’s Talk night. Tickets are available by clicking here.