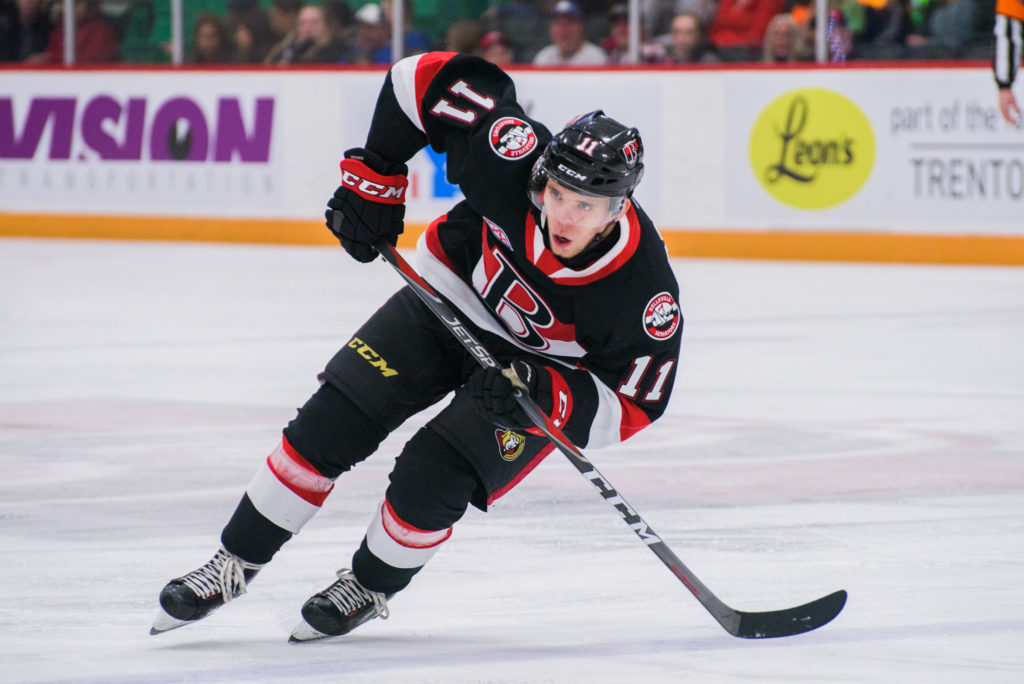 The Ottawa Senators have recalled forwards Vitaly Abramov and Filip Chlapik, as well as defenceman Erik Brannstrom, from the Belleville Senators on an emergency basis.

Chlapik has played four games with Ottawa this season where he has a goal. In 48 games with Belleville this season, he has a career high 16 goals and 33 points.

Brannstrom made his NHL debut on March 14 against St. Louis. The big acquisition from Las Vegas in the Mark Stone trade, the Swedish defenceman has four assists in eight games with Belleville.

Abramov, who was acquired from Columbus in the Matt Duchene trade, has tallied two goals and four points with Belleville in nine games. When he hits the ice for Ottawa, it would be the Russian’s NHL debut.

Belleville are back in action Friday against Providence and return home March 27 to host Syracuse. Tickets are available by clicking here.