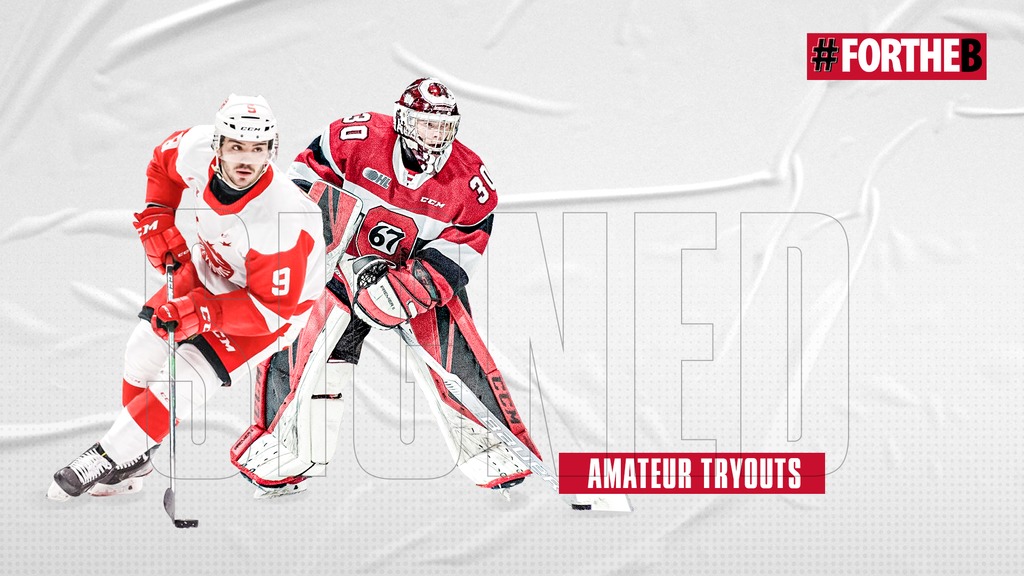 The Belleville Senators have signed goaltender Cedrick Andree and defenseman Robert Calisti to amateur tryouts ahead of the 2020-21 season opener on Friday, February 12. Both from the Ontario Hockey League, Andree joins the Senators after spending three seasons with the Ottawa 67’s, while Calisti has spent two full seasons with the Sault Ste. Marie Greyhounds.

Cedrick Andree had an impressive 2019-20 season with Ottawa, sporting a record of 32-9-1 with a 2.42 GAA and a .916 Save Percentage. The Ottawa native recorded four shutouts for the second consecutive season with the 67’s. Ottawa’s goaltending tandem made up of Andree and Will Cranley was awarded the Dave Pinkney Trophy for holding the League’s lowest goals against during the 2019-20 season. His all-time OHL record after three seasons is 67-21-8 with 8 shutouts.

Robert Calisti is coming off a career year in the OHL where he put up 18 goals and 32 assists in 64 games played for the Greyhounds. The Toronto native was drafted in the third round of the OHL Priority Selection and went on to spend two full seasons with the Northern Ontario club. His 50 points were good for sixth in the league among defensemen during the shortened 2019-20 season.

You can catch Andree and Calisti in action beginning Friday when the Senators take on Laval in Montreal to open their season. The AHL recently announced Belleville’s February schedule as part of the AHL’s Canadian division. See the schedule here. You can watch every Belleville Senators game live on AHLTV this season. Click here to learn more.