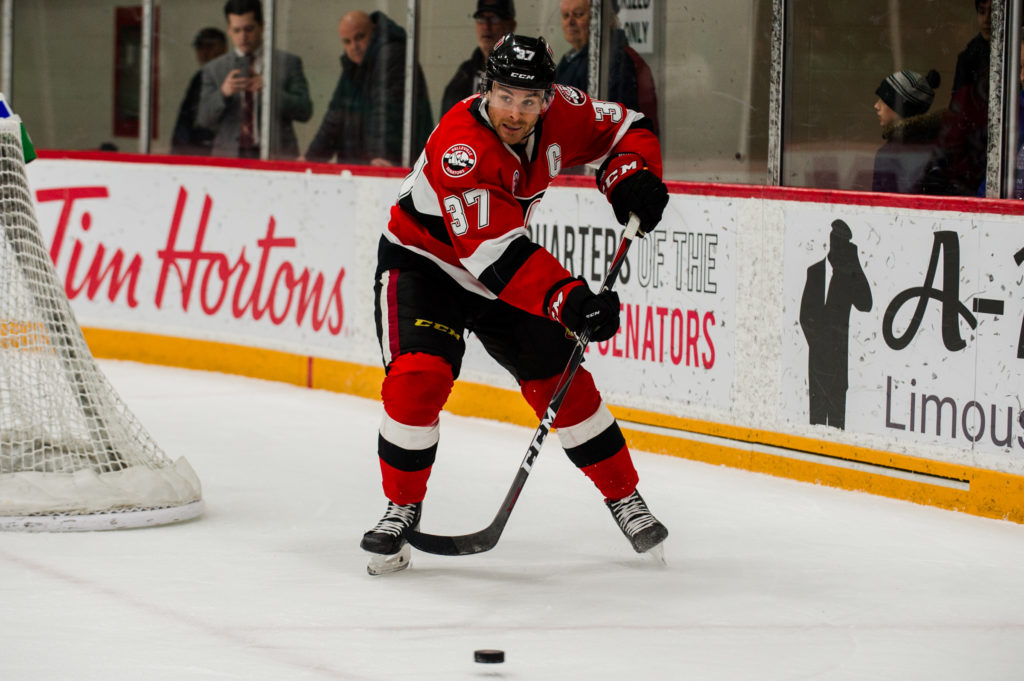 It was three weeks ago today the 2019-20 American Hockey League came to a complete halt due to COVID-19.

And in the process, it stopped the Belleville Senators in its tracks.

The season was suspended March 12 with the Senators holding a six-point lead on Rochester for first place in the North Division. The Senators were tied for the second-best record in the Eastern Conference with Hershey, one point behind Providence.

“It’s not fun to have things like this happen,” rookie defenceman Jonathan Aspirot said. “We all want to finish what we started and we started something really good and we felt we could do really well in the playoffs too. It’s a bump in the road but we’ll stay positive and hope that the season will come back and it’ll be good to play some playoff hockey.”

With social distancing fully in effect throughout Canada, staying busy is the hardest thing right now for Canadians. For Aspirot and Szwarz, it’s been no different.

Aspirot has been playing some video games and spending a lot of time watching Netflix. He’s also been out in his garage working on some projects. As for Szwarz, he’s been taking the time to get outside for walks where he can and doing some minor stuff around the house.

But one common theme for both guys is that they’re still working out.

“There’s a lot of different ways we’ve been doing stuff,” Szwarz said. “[Strength and conditioning coach] Jeremy [Benoit] has been sending stuff out to the guys and fortunately my brother has a nice little setup in his garage so I’ve been going over there to do some stuff with him and finding different ways to stay in shape.”

But there’s no doubt, the itch to return to the ice is massive with Aspirot adding ‘all the boys are pretty dialed in and are pumped to try to get back at it’ if the AHL season resumes at some point.

“We really felt we had a good shot at winning the Calder Cup this year,” Szwarz said. “It’s frustrating for a guy like me who’s been in the league a while and felt like I had a good chance to win that Calder Cup but we’re still waiting to see what’s going to happen so we’ll wait and see how that turns out.”

For more information on the COVID-19 pandemic and the Belleville Senators, please click here.