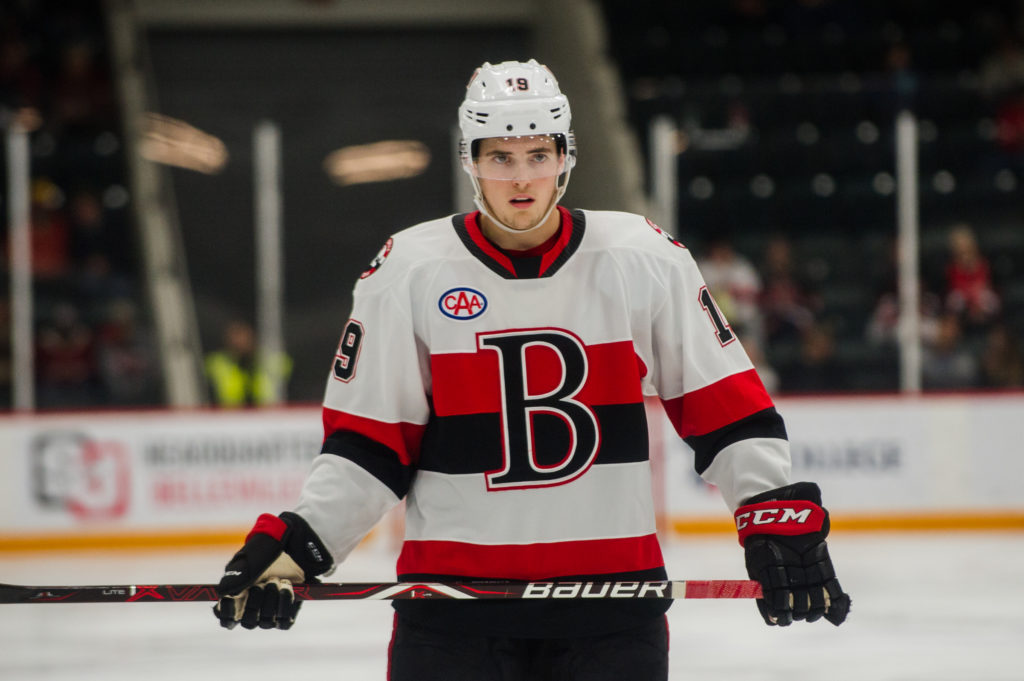 Safe to say 2019 was a good year for Belleville Senators forward Drake Batherson.

AHL All-Star. League leader in points. Franchise records. The 21-year-old achieved all of those and more last calendar year.

“It was unbelievable,” Batherson said of his 2019. “2018 was great being able to play in the World Juniors and then it being my first-year pro and this year it’s been going good also.

“It’s been fun coming to the rink every day and playing hockey. It’s what I love to do. I wouldn’t want to be doing anything else.”

Batherson led the AHL calendar year in points last year with 77. He shattered every Senators scoring record on route to a 62 point (20 goal) season as a rookie. He claimed two CCM/AHL Player of the Week awards (the only player in Sens history to do so) and snagged a spot on the 2018-19 AHL All-Rookie Team.

And on Boxing Day, Batherson became the first Senator to hit 100 career points, achieving the feat in just his 87th game.

“It’s very special,” Batherson said of the milestone. “I’ve got to give a lot of credit to the line mates I’ve had over the years and the coaches here and everyone involved has been welcoming since the first day I got here. I’ve had fun every game and every day coming to the rink.”

And now as a sophomore in the league, he’s taking on some leadership. Case in point is Senators rookie, and line mate, Josh Norris.

“He’s been great for me,” Norris said of Batherson. “It’s been a lot of fun playing with him and he’s obviously a really good player and I think we’ve found some good chemistry. He’s helped me a lot with it being my rookie season and him going through the same thing last year. We have some similarities as a player so it’s been a lot of fun to work with him.”

Batherson and Norris have combined for a whopping 69 points this season, the second most in the AHL for two teammates. Batherson has contributed 40 of them as he sits in a tie for the AHL scoring lead.

And while he continues to rack up the points, he continues to stay patient as he waits for that call back to Ottawa, a call he’s been waiting on since Oct. 6 after playing the first two games of the season in the NHL.

“My time will come,” Batherson said. “When I’m down here I’m not going to complain. I’m just going to keep working hard every day. If I’m down here I might as well be involved and make things happen out there and that’s what I’ve been doing with my line mates and we’ve been having a lot of success as a team so it’s been a lot of fun.”