Battle of Ontario set to heat up 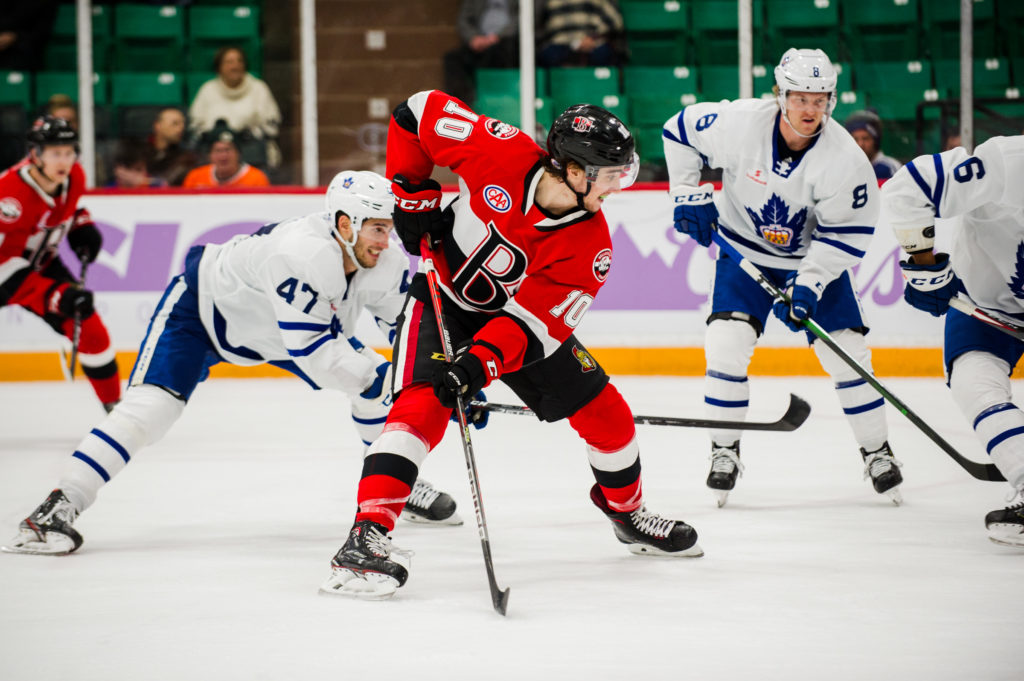 The Battle of Ontario is about to heat up.

The Belleville Senators will face the Toronto Marlies in four of its next five games beginning tonight at Coca-Cola Coliseum.

“I’m sure by the end it will be pretty tiring but it’s always a good battle against them,” said Alex Formenton. “It’s going to be high pace and a lot of back and forth so I think we’re ready for it.”

Tonight’s contest is the sixth of 12 matchups with the Marlies this season. The Senators are 2-3 against Toronto this season with the road team winning four of the five games so far.

The two teams will also square off Feb. 7 in Belleville as well as on Feb. 14. The Sens will head to Toronto on Feb. 15 to complete four matchups in just 12 days.

“Not only the other team knows how you’re playing you know how they’re playing too,” Michael Carcone said. “It becomes more difficult, more predictable hockey so it kind of gets down to playoff hockey which makes it interesting.”

The Sens are 13-13-1-2 all-time against the Marlies dating back to their inaugural season. Last year, Belleville won eight of 12 games against their Ontario rivals.

This year, the Sens are sitting in first place in the North Division on 62 points. The Marlies are 13 points back and out of a playoff spot.

“Sitting at the top, everyone wants to knock us off,” Formenton said. “It’s about managing that and staying there. Keep doing what we’re doing and sticking to the things that are working.”

Add in the next 12 days being an opportunity to extend the Sens’ lead atop the North and bury Toronto out of a playoff spot, the Battle of Ontario has some extra weight heading into tonight.

“Playing there and being traded and then coming here, you kind of don’t want them making the playoffs,” Carcone said, who was dealt to Ottawa from Toronto last summer.

“It definitely feels better that we’re in first place so it’s kind of a salt in the wound so it’s a good feeling.”