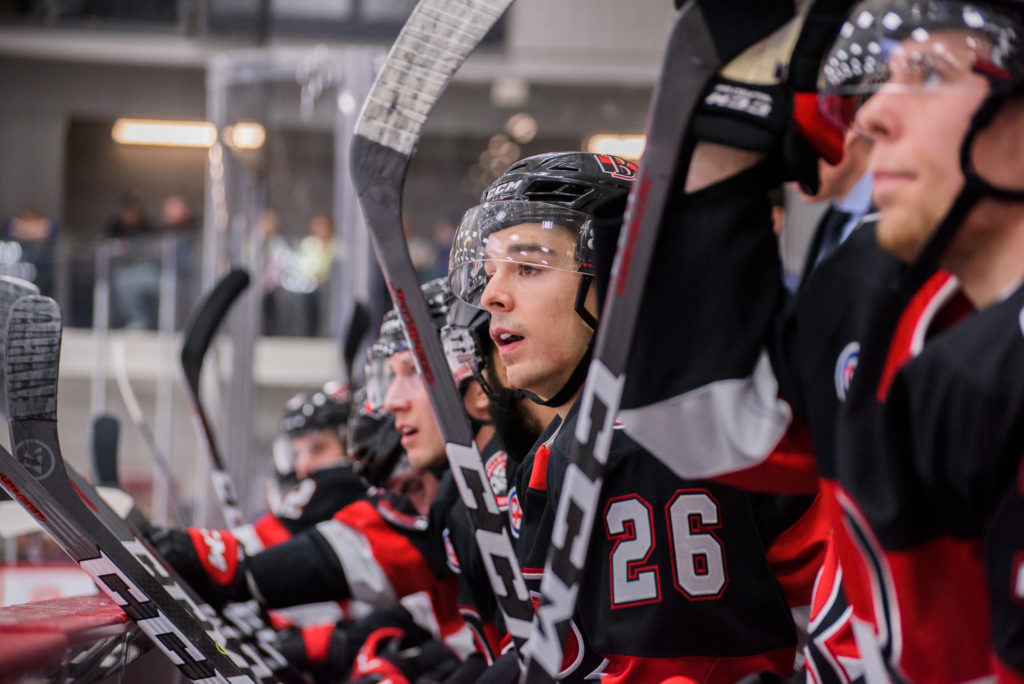 For Jean-Christophe Beaudin, 2018-19 brought with it a few new experiences.

The first of which was a trade.

For the time in his career, the 22-year-old was traded as the Senators picked him up from Colorado in exchange for Max McCormick.

The second was missing the playoffs.

Beaudin made the playoffs all four years of his junior career with the Rouyn-Noranda Huskies and helped the Eagles win the Kelly Cup in 2018.

So, safe to say the St. Bruno-de-Montarv, QC., native wasn’t use to his season concluding in mid-April.

“I haven’t played many years in my life in which I didn’t make the playoffs so for sure it hurt,” Beaudin said. “But it’s motivation for this summer and I use that a lot.”

The longer summer has also given Beaudin a chance to get prepared to enter a full season with his new team after last season’s trade.

Since arriving from Colorado, Beaudin’s played in 20 games with Belleville scoring once and adding a pair of assists. He has 23 points (nine goals) in 96 career AHL games.

“I feel more comfortable,” Beaudin said. “I know the staff better now, the organization and the players too. I’ll be more comfortable and I’ve been working hard this summer so I’m going to be ready for camp.

“I’ve met some new guys and seen the Belleville guys at development camp which is a lot of fun. It was a good experience and a good time so I enjoyed it and I learned some things too so I’ll be taking that back home for the rest of the summer.”

Beaudin isn’t the only returnee though. Abramov, Brannstrom, Goloubef and Klimchuk are all under contract for next season with the Sens organization.

“It’s a huge summer with a new team so it’s been a bit of a different summer but I’m excited for the new season and looking forward to it,” Abramov said. “I’ve been working to get stronger in the gym and working on my shot and how quick I can release it. But overall, I’m trying to improve everywhere in my game.

“I am happy with the Senators organization and I’m happy to be here.”

So is Beaudin. And he carries extra motivation on his shoulder heading into 2019-20.

“When a team goes and gets you it’s because they believe in you and I want to make sure they are happy with the trade and I’m working hard for that to happen.”