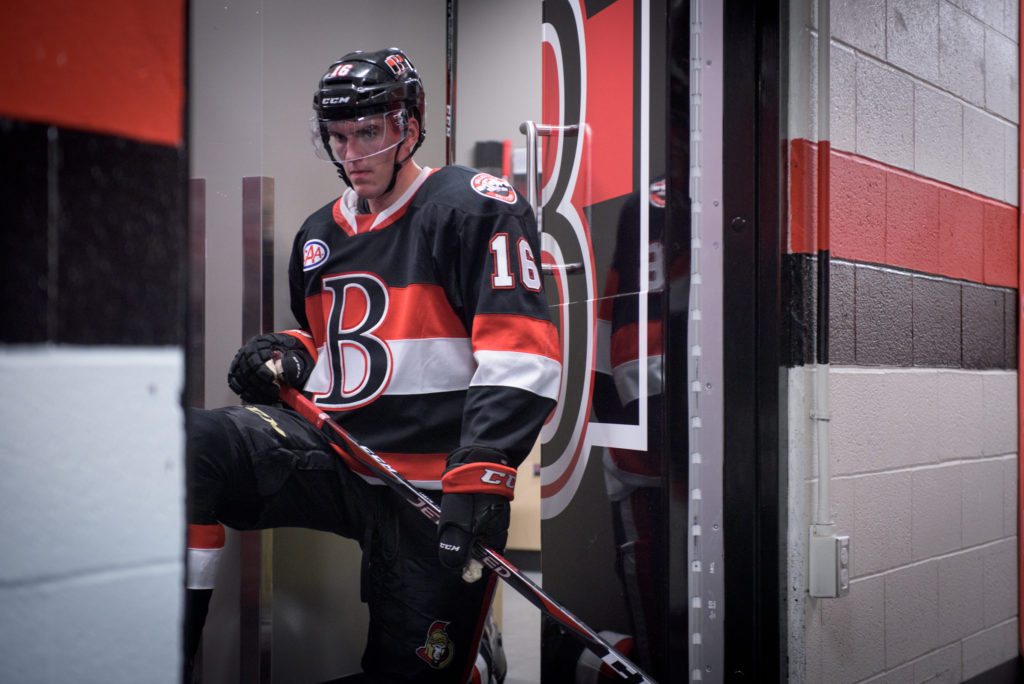 The Belleville Senators have signed forward Joseph LaBate to a one-year American Hockey League extension through the 2019-20 season.

LaBate played 70 games with Belleville last season scoring eight goals and 13 points and led the team in penalty minutes with 106 in his first season in the Senators organization.

“I’m really excited to be back with Belleville for next season,” LaBate said. “It was important for me to return to the Sens because I see a lot of opportunity for myself as a player to contribute and grow and to help this team win.”

The Eagan, MN., native has appeared in 215 career AHL games between Belleville and Utica scoring 30 goals and adding 30 assists.

The 26-year-old also played in 13 NHL games with the Vancouver Canucks during the 2016-17 season. He played four years at the University of Wisconsin before turning pro.