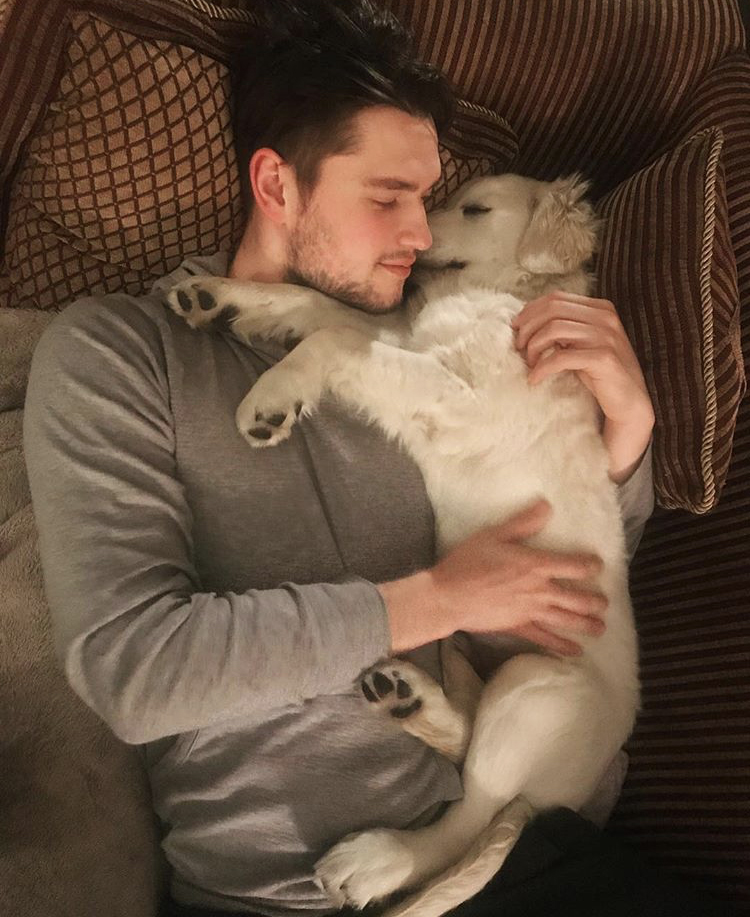 Logan Brown’s 22nd birthday Thursday is certainly one he and his dad Jeff will remember for the rest of their lives.

And the story they will forever tell, is terrifying.

Brown was sat in his house with fellow Sens teammate Drake Batherson when he thought he heard some yelling.

“I heard my Dad screaming and I was inside with Drake and I thought ‘was that my dad’ and I opened the window and sure as s*it, there’s my dog in the lake,” Brown said.

His dog, Boone, a golden retriever, had run onto the Bay of Quinte chasing geese but the ice gave way and he fell under water.

“I bolt out, jumped the fence, running out there, and then my dad went out to get the dog. He was yelling at me to get a rope but next thing I know I turn around and the dog’s running at me.

“My dad went out on his belly to pull the dog out because he was in there for a good minute. He tried to pull him out but he went in and broke through the ice too.

“He pushed the dog out and I started to run towards him but he’s yelling at me to stay back, I’m about six feet away, on my stomach trying to reach him. There was a big crack in front, so I stayed behind that and got on all fours.

“Luckily, he said he watched a video on Facebook about a week ago of a guy who put himself through the ice deliberately to teach you how to get out so after about a minute, my dad was able to get himself out and onto the surface where I was able to grab him and pull him out.

By the time Logan and Jeff got back on land, the ambulances were already there. Brown’s house is located by the Bay Bridge, meaning a number of people had watched the situation unfold as they were driving. Brown estimates more than 50 people were at the house to offer help and assistance while Batherson was holding onto the dogs.

“We tried to warm him up, got him some soup and tea and after a while he warmed up and we went out for dinner and he seemed fine.

“He’s good, the dogs are good. I talked to him this morning and he’s ok. It’s just a f*cked-up story on my birthday.”

You're my boy Boone