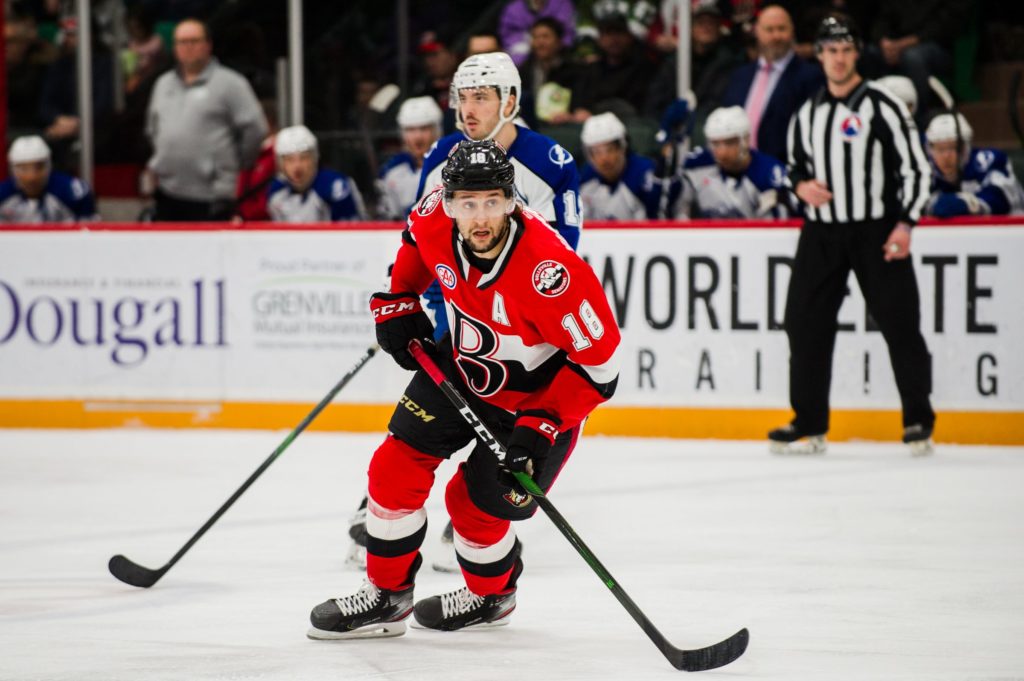 The Belleville Senators are proud to announce the winners of the 2019-20 team awards after its third season in the American Hockey League.

Rookie of The Year: Josh Norris

Defencemen of The Year: Hubert Labrie

Belleville’s coaching staff, led by head coach Troy Mann, selected Senators rookie forward Josh Norris as the team’s most valuable player as well as rookie of the year. Veteran blue liner Hubert Labrie was selected as defenceman of the year while captain Jordan Szwarz won the player’s choice award as voted on by his fellow teammates. Joseph LaBate was honoured with the coaches choice award while Morgan Klimchuk was recognized for being nominated as the team’s IOA/American Specialty AHL Man of the Year.

Norris had an outstanding rookie campaign where he led all rookies with 31 goals and 61 points in just 56 games as he averaged 1.09 points-per-game, the only rookie to average more than a point-per-game. He was named a 2019-20 AHL All-Star and was selected to the AHL’s All-Rookie team and AHL First All-Star team. He also made his NHL debut, playing three games for Ottawa.

Labrie played 50 games for the Sens in his first season in the Bay of Quinte, notching nine assists in the process and earning himself an NHL contract, becoming just the fourth player in Belleville history to turn an AHL deal into an NHL one.

Szwarz was named the third captain in Sens history and went on to have a huge impact on the ice where his 36 points were the fifth most on the team while his 18 goals were tied for third. Furthermore, Szwarz continued to demonstrate why he’s regarded as one of the best captains in the American Hockey League with his incredible leadership abilities.

LaBate was in the midst of a career year with the Sens, his second season in Belleville, where he notched career highs in points (26) assists (16) and matched his best output with 10 goals, all in just 47 games.

Klimchuk was recognized as the Sens’ 2019-20 IOA/American Specialty AHL Man of the Year nominee in April after a year in which he was an enthusiastic participant in multiple player visits to local schools as well as playing an important role in the Senators’ ‘All In’ minor hockey mentorship program. Since joining the Senators organization in January 2019, he has consistently volunteered his time with a variety of community events including the annual Senators Golf Classic, hospital visits as well as sorting at the local food bank on top of much more. Klimchuk was also named an alternate captain for the 2019-20 season. 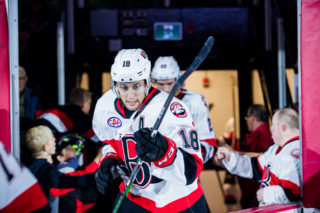