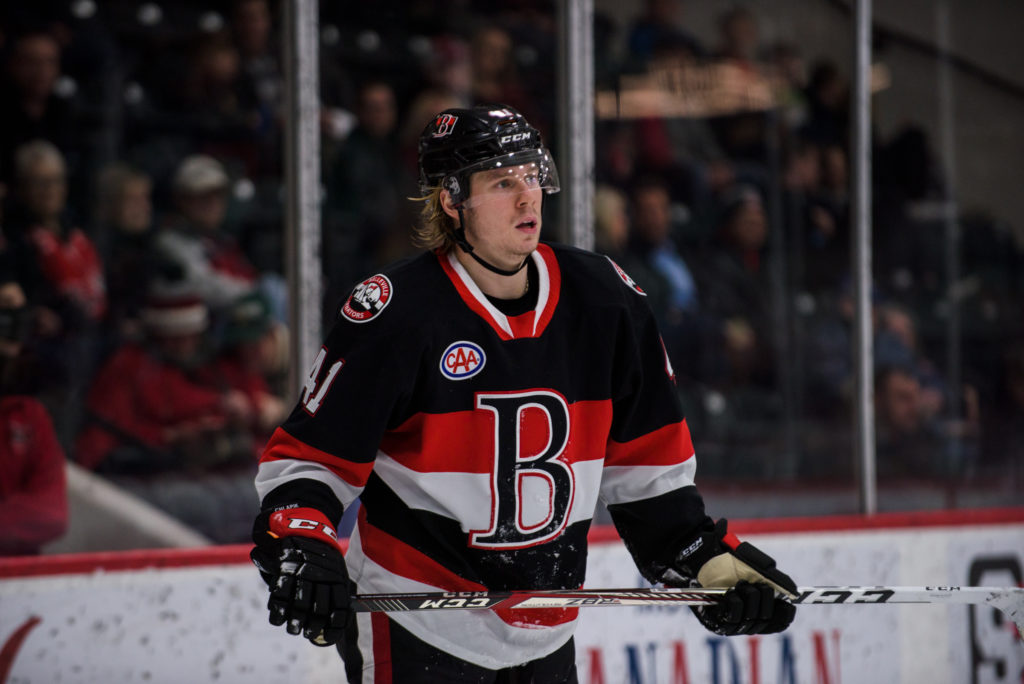 Heading into his third professional season, Filip Chlapik had one goal in mind.

Make Ottawa’s opening night roster. And he did.

But it lasted less than a week.

After playing in the Sens’ season-opener on Oct. 2, and registering an assist on Scott Sabourin’s first career NHL goal, Chlapik was scratched Saturday night and reassigned to Belleville the next day.

“I worked really hard this summer and was rewarded for it. But now I’m back here.”

The Czech native had a career year last season under Mann where he posted career highs in goals (16) and points (34). He also played five times in Ottawa, scoring once.

A strong summer, and a preseason that saw him score twice, had Chlapik make DJ Smith’s opening night roster.

“Last year I got five games in the NHL and I think that I proved to the team I could be a good player in the NHL and I put in some really good work this offseason and I feel great,” Chlapik said. “I can still work on everything.

The 22-year-old, who switched from No. 41 to No. 14 with Belleville, is certainly a piece of Ottawa’s youth movement. How long he remains in Belleville is to be determined but for now the Sens will be looking for him to continue his AHL form where he ranked fourth on the team in goals last season and fifth in points. He’s also the franchise’s all-time leader in game-winning goals with seven.

But if anything, Chlapik is more determined to make it back to the nation’s capital very soon.

“It just didn’t work out right now but I know I am ready.”