Clapperton nominated for USPORTS Male Athlete of the Year 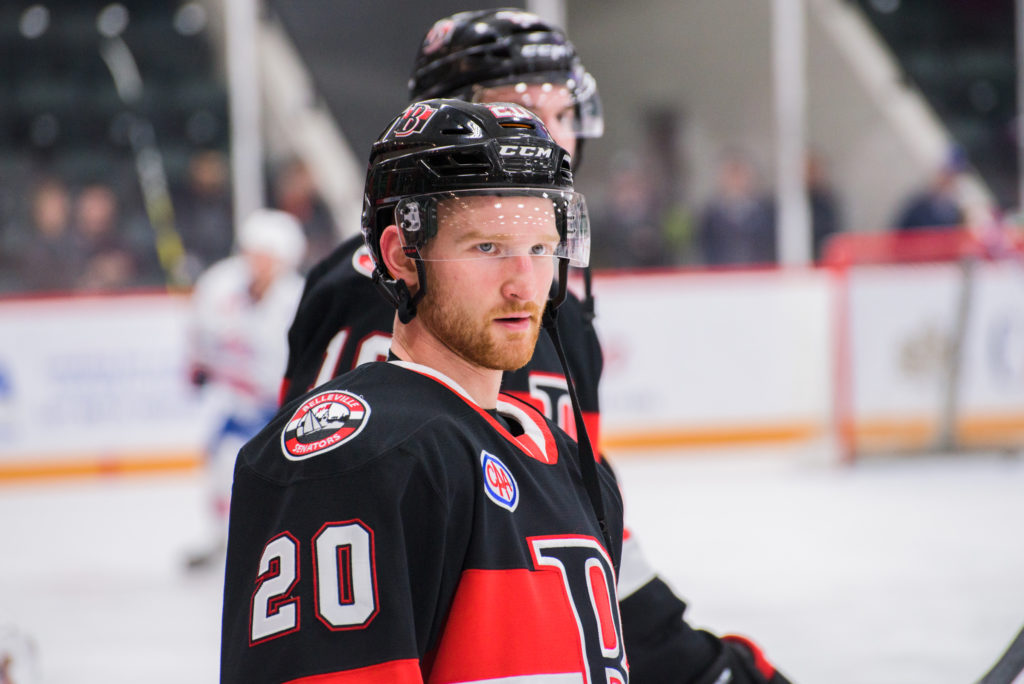 TORONTO / CALGARY – U SPORTS is proud to announce the eight nominees for the 2019 Lieutenant Governor Athletic Awards Presented by Makadiff SPORTS celebrating the U SPORTS Athletes of the Year for the 2018-19 season.

The 2019 nominees for the Doug Mitchell Trophy presented to the U SPORTS Male Athlete of the Year are football players Adam Sinagra from the Calgary Dinos and Mathieu Betts of the Laval Rouge et Or, Guelph Gryphons soccer player Jace Kotsopoulos, and UNB Reds hockey player Christopher Clapperton.

On the women’s side, the finalists for the Jim Thompson Trophy presented to the U SPORTS Female Athlete of the Year are volleyball players Kiera Van Ryk of the UBC Thunderbirds, Theanna Vernon of the Ryerson Rams and Courtney Baker of the Dalhousie Tigers, and Laval Rouge et Or basketball player Sarah-Jane Marois.

Celebrating their 27th year in 2019, the awards are being relaunched and championed once again by His Honour Doug Mitchell and Her Honour, the Honourable Lois Mitchell, Lieutenant Governor of Alberta.

This year’s event will take place in Calgary on May 1 and 2, where the eight finalists chosen from 56 U SPORTS universities and four conferences from across the nation will once again vie for the top prize. One male and female nominee are chosen to represent Canada West (CW), Ontario University Athletics (OUA), Réseau du sport étudiant du Québec (RSEQ) and Atlantic University Sport (AUS).

The athletes will have the opportunity to participate in a new leadership summit, a formal media conference held at Canada’s Sports Hall of Fame (May 1 – 4 p.m. ET / 1 p.m. PT) and the official awards ceremony at the historic McDougall Centre (May 2 – 2 p.m. ET / 11 a.m. PT). All finalists will return home with a commemorative gold ring from Baron Rings, the Exclusive Provider of championship rings and recognition jewelry of U SPORTS.

The winners will be determined by a combined vote of the Canadian Athletic Foundation – a not-for-profit board chaired by His Honour Doug Mitchell – and the public on USPORTS.ca. To vote, click here.

Click here to view the All-Time Award Nominees and Winners.

Chris Clapperton, or Clappy, to his friends, had a breakout season for the UNB Reds men’s hockey team in the 2018-19 season.

The quick-skating and crafty forward was named a University Cup All-Star as UNB captured the 2019 national championship, their third in four years and eighth in school history.

Clapperton’s season should be considered more impressive, given the fact it came less than a year after being knocked out of the Reds lineup for seven games with a concussion.

Clapperton, who graduates in 2019 with a Bachelor of Business Administration degree, led the country in assists and was second in the country in plus-minus, at +27. He was also selected to the U SPORTS All-Stars, and faced the national junior team prospects in a three-game series, in Victoria, B.C., in December.

His final season as a Red saw Clapperton capture the James Downey Shield, awarded to UNB’s top male athlete of the year.

In late March of 2019, he signed a one-year contract with the Belleville Senators, of the American Hockey League. He was also selected in the fifth round of the 2013 NHL draft, 122nd overall, by the Florida Panthers.

“Chris has been a difference-maker with us from his first year. That escalated this year as he led the AUS in scoring, his first scoring championship since minor hockey. He’s an impact player, and he was recognized as such, being named as the Atlantic conference MVP,” said UNB head coach Gardiner MacDougall. “He’s become much more consistent and he’s able to find ways to be more successful and more productive. He’s faster too, he’s developed more of an offensive prowess, he can really make plays. Before, he might’ve been considered just a scorer, but he’s added to his game with his passing ability.”

“I’ve met a lot of good people that motivate me to keep pushing to get better. I’ve grown my character with all the obstacles that have come my way as an athlete,” said Clapperton. “I’ve had teammates who are great leaders, and I’ve learned from them. It’s not always easy as a high-performance athlete, but you have to stay positive at all times, whether in sports or in your everyday life.

Winning this award would be an unbelievable accomplishment. There are so many great student-athletes in all sport. They work so hard to have success. Just the fact I’m being considered at this level is an honour and I’m grateful.”