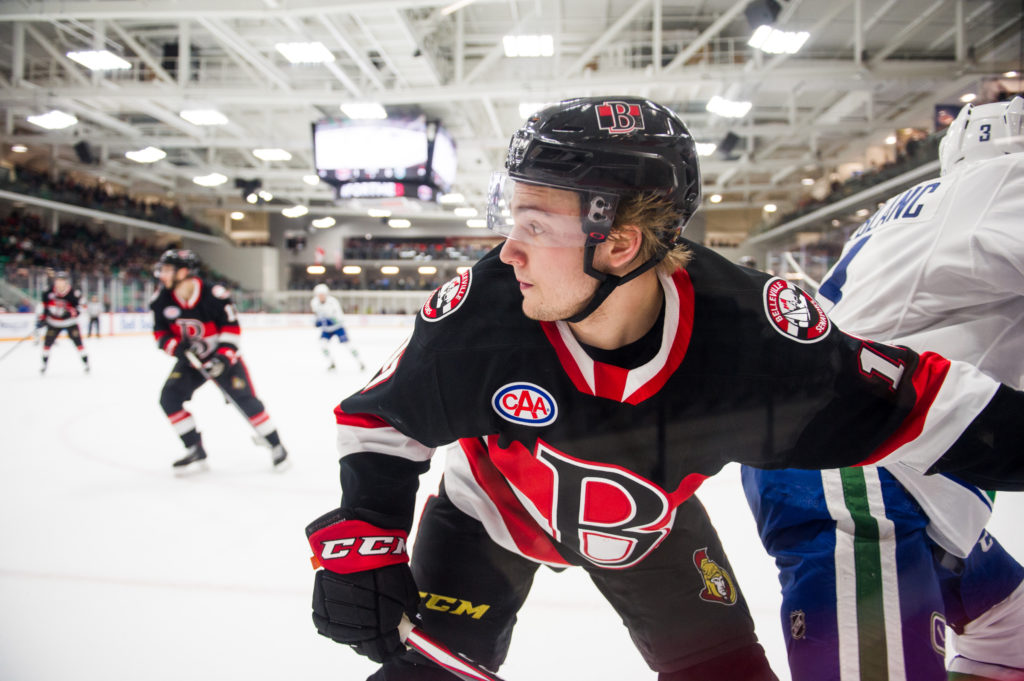 Confidence seems to be the word being used the most when it comes to Erik Brannstrom’s reassignment to the Belleville Senators.

In fact, it’s a word the Swedish defenceman is using himself.

Brannstrom, the key return in Ottawa’s trade of Mark Stone to Las Vegas last season, has played 23 times for Ottawa this year, tallying two assists in the process. He also played two games for the Sens at the tail end of last season.

How long Brannstrom stays in Belleville remains to be seen, but the 20-year-old is looking forward to hitting the ice again at CAA Arena. He played nine games with Belleville last season, registering four assists.

“It’s a good team down here and it’s fun to see everyone again and it’s going to be fun to play tonight,” Brannstrom said. “I know almost all of the boys here so it’s fun to be back here and see them again.”