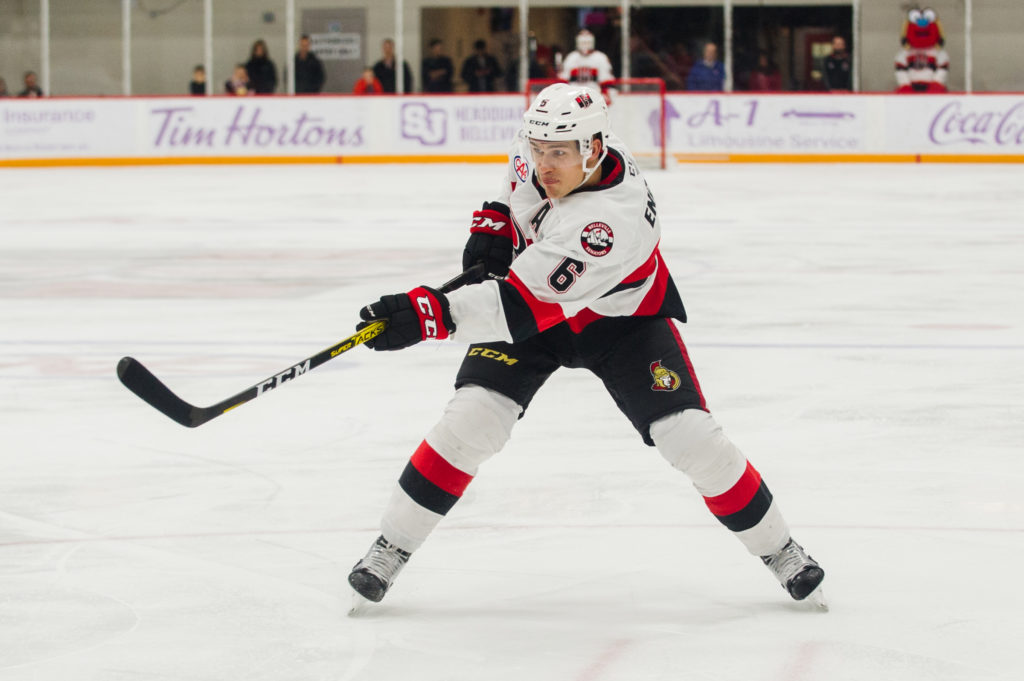 For the first time in his professional career, defenceman Andreas Englund got a legitimate run in the NHL.

The hulking Swede played 12 games with Ottawa between Dec. 16-Jan. 11, by far a career high. His previous season high for NHL games in a season was five during 2016-17.

“I think I had a couple of good games up there where I played my game,” Englund said. “I was physical and trying to do my part and it was nice to be up there for more than just a few games and really get a feel for it.

“It was a really good experience to be up there and play.”

The blue liner also chipped in two assists, his first career NHL points. Englund isn’t much of an offensive d-man — he has just seven goals and 34 points in 219 career AHL games — so he made sure to stick to his game rather than trying to do too much.

“It’s everything for me to keep my game simple and make sure I bring a physical game out there,” Englund said. “As I’ve said, that’s my game and I don’t want to get away from that because that’s what brought me here and I think that will allow me to go forward too.”

Despite being just 23 years old, Englund has amassed more than 250 professional games in his young career. And with more than a month spent in the NHL, he had plenty of opportunity to learn.

But for Englund, learning doesn’t extend to just when you get to the NHL. It’s every day no matter where you’re playing.

“I think I am learning every day, and not just in the NHL,” he said. “Every day down here with Manner and Bellsy I’m learning.

“They helped me a lot at the beginning of the season and I think I still have a lot to learn and I am looking forward to improving as a player.”