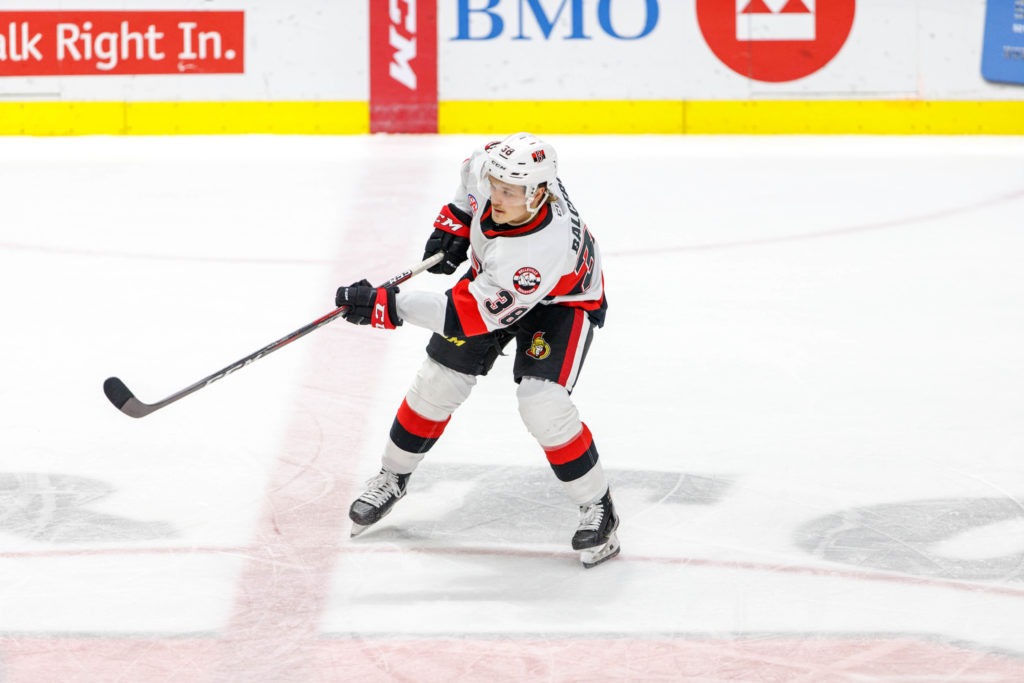 For the second straight day it’ll be another new venue for the Belleville Senators as they visit the Milwaukee Admirals.

The Senators (25-13-3-1) collected a 3-0 win yesterday afternoon in Rockford, a victory that took them back to the top of the North Division standings. Belleville has also collected points in all six games of its road trip so far, gathering 11 of a possible 12 points.

Milwaukee (28-8-4-2) holds the best record in the AHL with 28 wins and 62 points. The Admirals lead Iowa by nine points in the Central Division race.

No changes overnight for the Senators although they did miss Max Lajoie Monday due to illness.

Tonight is just the second ever meeting between the two teams. Milwaukee won 4-2 in Belleville on Nov. 16.

Rookie forward Parker Kelly has a hot streak going as he has points in five straight. The Alberta native has six goals and four assists in 36 games this year.

Daniel Carr continues to perform at a high level for the Admirals as he has 32 points in 30 games. He’s also got an assist in 11 games with Nashville.

Tuesday’s game starts at 8pm and can be seen LIVE on AHLTV. Follow the Belleville Sens on Twitter for live updates.