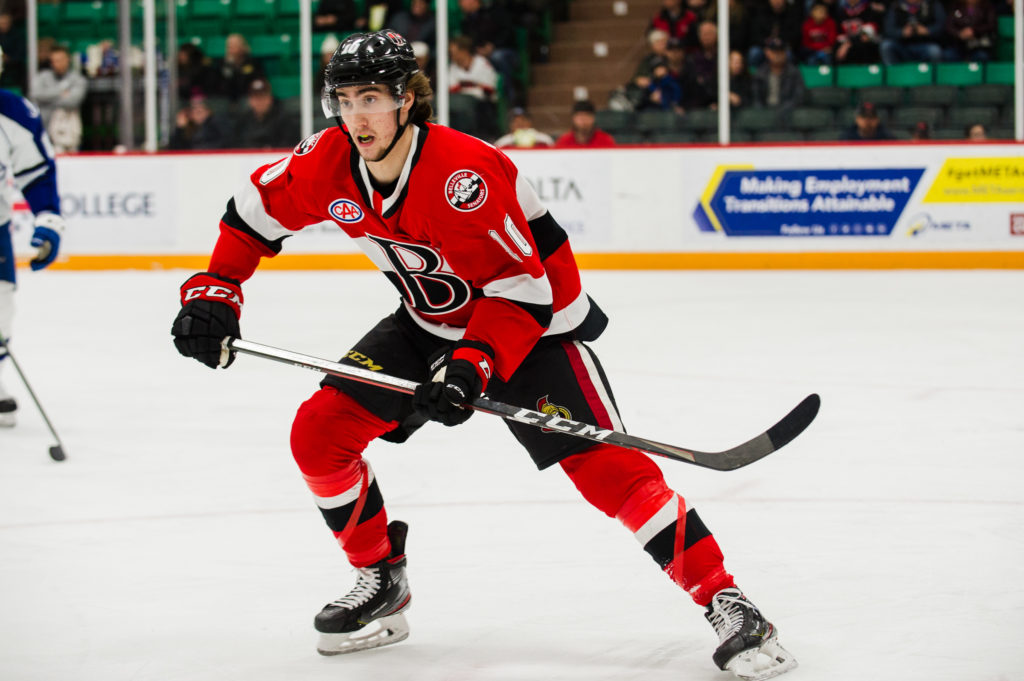 The Belleville Senators will make a quick one-game road trip as they head to New York to visit the Rochester Americans.

The Senators (33-15-4-1) beat Syracuse Monday afternoon to push its North Division lead to seven points over the Amerks. In the process, the Senators became the first team this season to score 200 goals.

The Americans (29-17-2-4) sit second in the North as they try to close the gap between themselves and the Sens. Rochester has won two straight. Their 143 goals against are the fewest in the division.

Andreas Englund was reassigned to the Sens Sunday night in the only change to the team’s active roster but he won’t play tonight.

Joey Daccord started Monday afternoon but don’t be surprised if he gets the start tonight too. If not, Filip Gustavsson will start.

In addition to Englund, JC Beaudin, Logan Brown, Frank Corrado, Jonathan Davidsson, Max Lajoie and Stuart Percy are all out for Belleville.

Tonight is the fourth meeting this season between the two sides with the Sens going 1-1-1-0 in the previous three contests. Belleville is 8-5-2 against Rochester.

Rookie forward Josh Norris had a three-point game Monday that included two goals to push his season total to 28, the most among all AHL rookies and tied for second most in the league. His 55 points also leads all rookies this season.

Casey Mittelstadt is currently riding a four-game point streak and has 18 points (seven goals) in 26 games this season.

Wednesday’s game starts at 7:05pm and can be seen LIVE on AHLTV. Follow the Belleville Sens on Twitter for live updates.