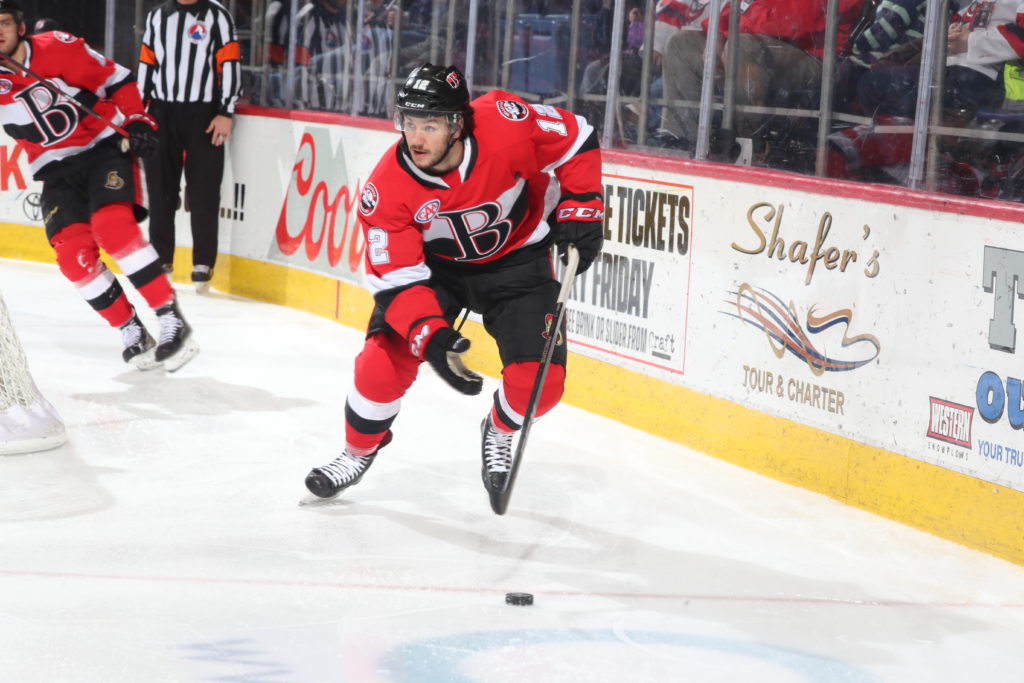 The Senators (12-8-1-0) made it four straight with a 6-2 win in Binghamton Friday night that also set a franchise record for consecutive road victories with their sixth in a row. With the victory, the Sens are now tied with Utica on 25 points for the final playoff spot in the North.

Hershey (8-8-2-3) have struggled recently winning only three of its last 10 games and are 0-2-0-1 in their past three games. The Bears are sixth in the Atlantic Division, three points behind fourth place.

No changes for the Senators overnight as they were buoyed by the return of Jonathan Davidsson Friday who had a goal in the victory over Binghamton. Morgan Klimchuk and Stuart Percy are out having not travelled.

Filip Gustavsson won his third straight decision Friday so logic may suggest to continue to ride the hot hand. If not, Joey Daccord will make his AHL debut between the pipes.

The Sens have only won once in its previous five meetings against the Bears but it’ll always be a memorable one: the first win in franchise history. Hershey beat Belleville 5-1 on Oct. 18.

Drake Batherson had three assists Friday night and continues to pile up the points in his sophomore year as he has 25 points in 20 games this season. His 17 assists are the third most in the AHL.

Matt Moulson, a veteran of 650 career NHL games, is second in team scoring this year for the Bears with 13 points in 21 games.

Saturday’s game starts at 7:05pm and can be seen LIVE on AHLTV. Follow the Belleville Sens on Twitter for live updates.