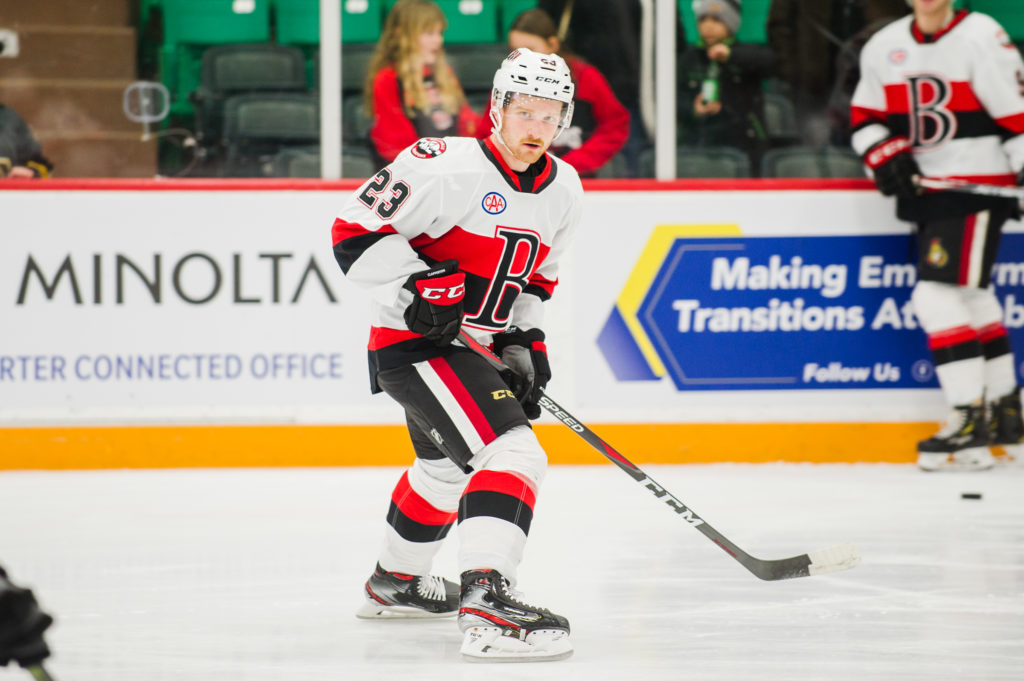 The Belleville Senators’ will continue its road trip with a stop in Utica tonight for game two of eight.

The Senators (21-13-2-1) grabbed two points Friday night behind a dominant performance from Alex Formenton as he scored his first pro hat-trick against Rochester. The win jumped the Senators up to third in the North Division.

Utica (22-12-2-2) leap-frogged Rochester into first place in the North after their win over Lehigh Valley.

Both teams currently sit in a playoff spot but just five points separates first from fifth in the standings.

The Sens did add forward Nathan Todd to a PTO Friday morning as the team deals with some injuries up front still.

Filip Gustavsson started Friday in Rochester so Joey Daccord will get the nod against the Comets tonight.

Jonathan Davidsson and Jordan Szwarz are out for the Senators.

Tonight is the second of four meetings this month between the Sens and Comets. Utica has had its way so far this season as they are 2-0 against Belleville. The Sens are 7-7 all-time in games with Utica.

Alex Formenton, as mentioned above, buried his first pro hat-trick last night to push his season total to 19. His 19 goals trails only teammate Josh Norris in the rookie goalscoring race.

Nikolay Goldobin had a pair of goals against Belleville Wednesday night and followed that up with two assists last night against the Phantoms. The Russian has 13 goals and 32 points this season in 32 games.