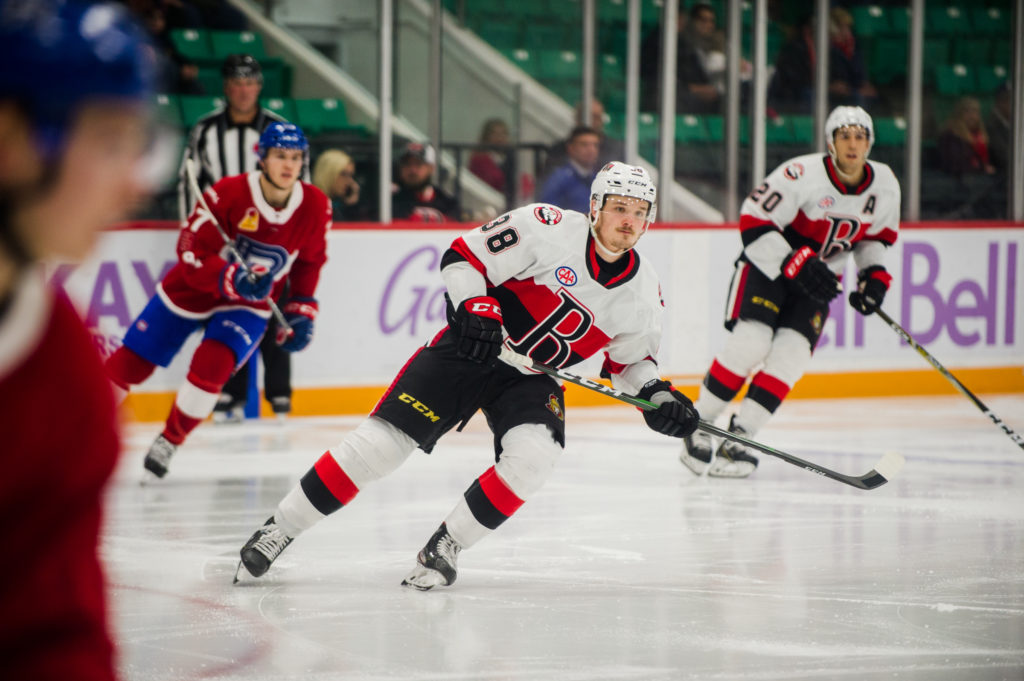 The Belleville Senators will take its three-game winning streak into the place it began as they once again visit the Binghamton Devils.

The Senators (11-8-1-0) pushed its win streak to three Wednesday night with a 5-3 win over Laval that saw the Sens jump to sixth in the North and remain only two points out of a playoff spot.

Binghamton (7-10-3-0) are sitting last in the North and are currently riding a two-game losing streak. Their 54 goals are by far the fewest scored in the division.

The Sens got some relief Wednesday night on the blueline as Jordan Murray, Andreas Englund and Christian Jaros all returned. The Senators also got Max Veronneau back from Ottawa but lost Marcus Hogberg to the NHL so expect Filip Gustavsson to start tonight with Joey Daccord as his backup.

Morgan Klimchuk and Stuart Percy are the only two players who didn’t travel meaning Jonathan Davidsson is cleared to return tonight.

The Sens are 2-1 against the Devils this season with Belleville claiming a 6-3 victory just one week ago. The Senators are 9-7-1-0 all-time against Binghamton.

Alex Formenton had a pair of goals Wednesday night to take his season total to eight, third most by AHL rookies. Formenton has 13 points in 18 games this season.

Veteran forward Chris Conner has had a nice start with the Devils after joining them in the offseason as he has 14 points, third most on the team, in 19 contests. His eight goals are second most for Binghamton.

Friday’s game starts at 7:05pm and can be seen LIVE on AHLTV. Follow the Belleville Sens on Twitter for live updates.