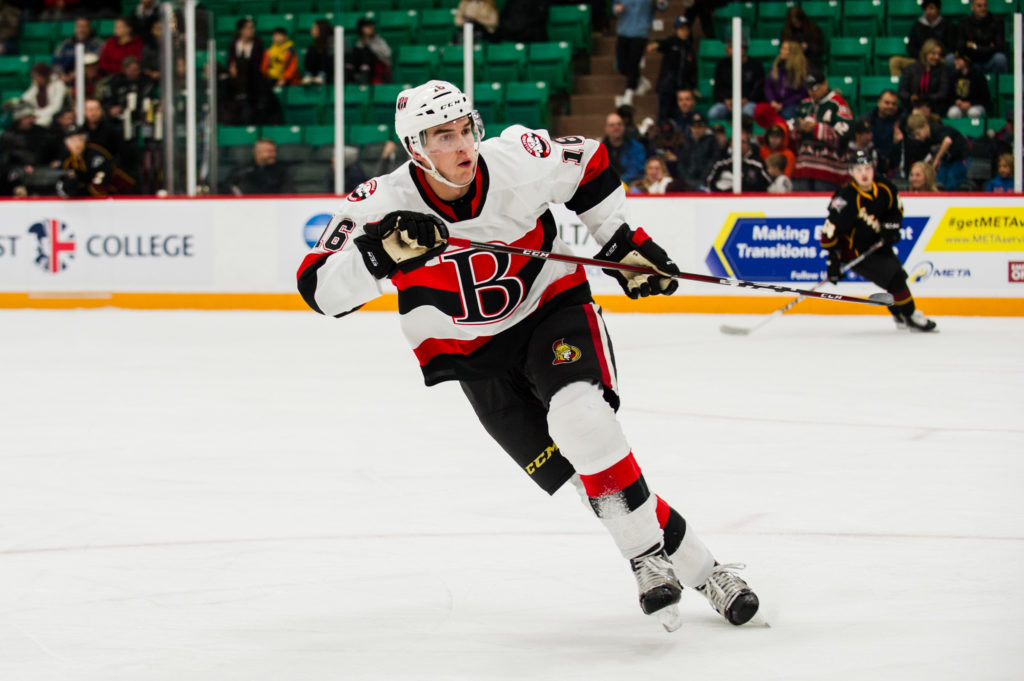 The Belleville Senators makes its one and only visit to Grand Rapids tonight as they face the Griffins.

The Senators (23-13-3-1) grabbed a point last time out against Manitoba but find themselves in second place in the North now after Utica’s win Friday night (Belleville has played one less game than the Comets).

Grand Rapids (18-19-2-3) jumped into a playoff spot overnight after a win over Rockford moved them into fourth place in the Central Division although they have played the most games in their division.

Jonathan Davidsson, Jordan Szwarz, JC Beaudin, Max Veronneau and Christian Jaros are out for the Senators.

The Sens are 2-2 all-time against Grand Rapids as the two teams split their season series last year. Belleville hosts the Griffins at CAA Arena on March 20.

Andreas Englund made his return to the Belleville lineup Wednesday after spending more than a month in Ottawa. Englund is pointless in 12 games this season in Belleville and is the Sens’ all-time games played leader.

Veteran forward Matt Ford, who played his 700th AHL game Friday, had two points last night and has seven goals and 19 points in 36 games this season.