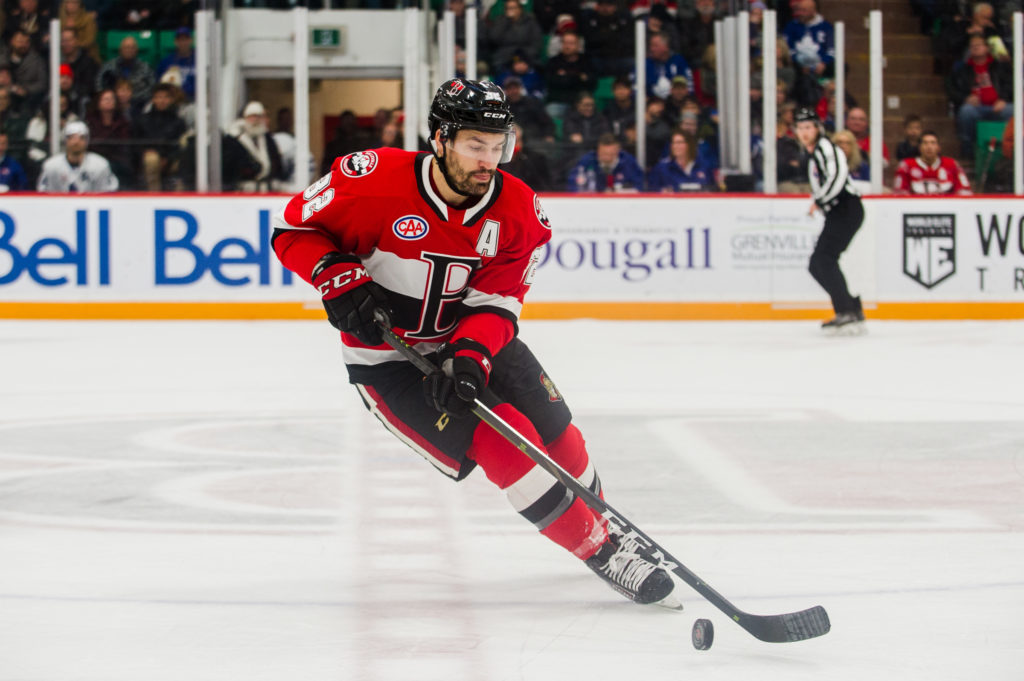 The Belleville Senators makes its first ever visit to Rockford for an afternoon clash on Martin Luther King Day.

The Senators (24-13-3-1) picked up one of its most hard-fought wins of the season Saturday night as they beat Grand Rapids in a shootout to remain two points behind Utica for the North Division lead.

Rockford (20-19-1-1) are sat in a tie for fourth place in the Central Division on 42 points with Texas and Grand Rapids.

The Sens received a major boost Saturday night as Rudolfs Balcers, Drake Batherson and Filip Chlapik were all reassigned by Ottawa.

Filip Gustavsson will start for the Senators in goal.

Jonathan Davidsson, Jordan Szwarz, JC Beaudin, Max Veronneau and Christian Jaros are out for the Senators.

This afternoon is only the second ever meeting between the two teams. Belleville claimed a 5-2 victory on Dec. 13.

It’s hard not to look past Batherson’s return for Belleville. Despite missing the last seven games, he remains fourth in AHL scoring with 41 points in 33 games.

MacKenzie Entwistle’s first professional season has seen him tally 17 points (seven goals) in 35 contests, good for second most on the team amongst rookies.

Monday’s game starts at 2pm and can be seen LIVE on AHLTV. Follow the Belleville Sens on Twitter for live updates.

The radio broadcast on CJBQ 800 begins at 1:50pm with Jack Miller on the call.