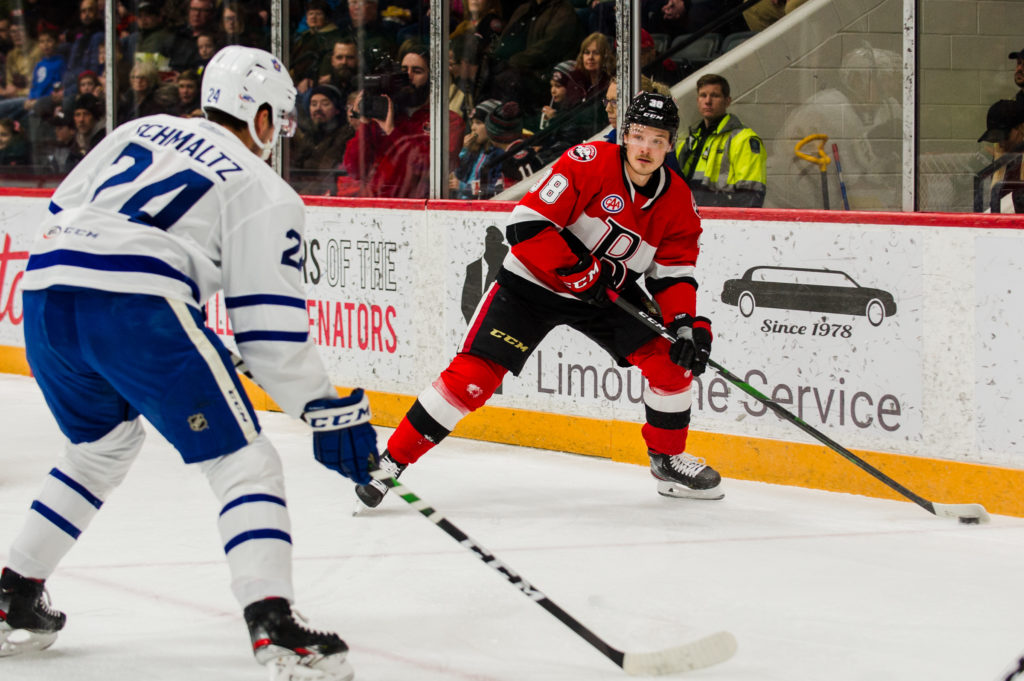 The Belleville Senators and Toronto Marlies will get right back at it this afternoon for the second portion of a home-and-home.

The Senators (32-15-3-1) saw its seven-game winning streak come to an end last night courtesy of Toronto. The Senators however still maintain a seven-point lead atop the North Division after Utica’s loss to Syracuse.

The Marlies (25-20-3-2) victory kept them in a tie with the Crunch for fourth place in the North but are 13 points behind the Sens in the standings.

The Sens got Filip Chlapik back from Ottawa yesterday to add to their attack. The team also released Nathan Todd from his PTO.

JC Beaudin and Jonathan Davidsson are out for the Senators while the status of Christian Jaros is unclear.

The Senators are 4-4 against the Marlies this season. The road team is 6-2 through eight contests.

Sens d-man Jack Dougherty notched his fourth goal of the season last night and has 14 points this season, both of which are career highs.

Veteran forward Matt Read had a goal and an assist last night and has 17 points (eight goals) in 36 games this year. He also had 449 NHL games under his belt.

Saturday’s game starts at 4pm and can be seen LIVE on AHLTV. Follow the Belleville Sens on Twitter for live updates.