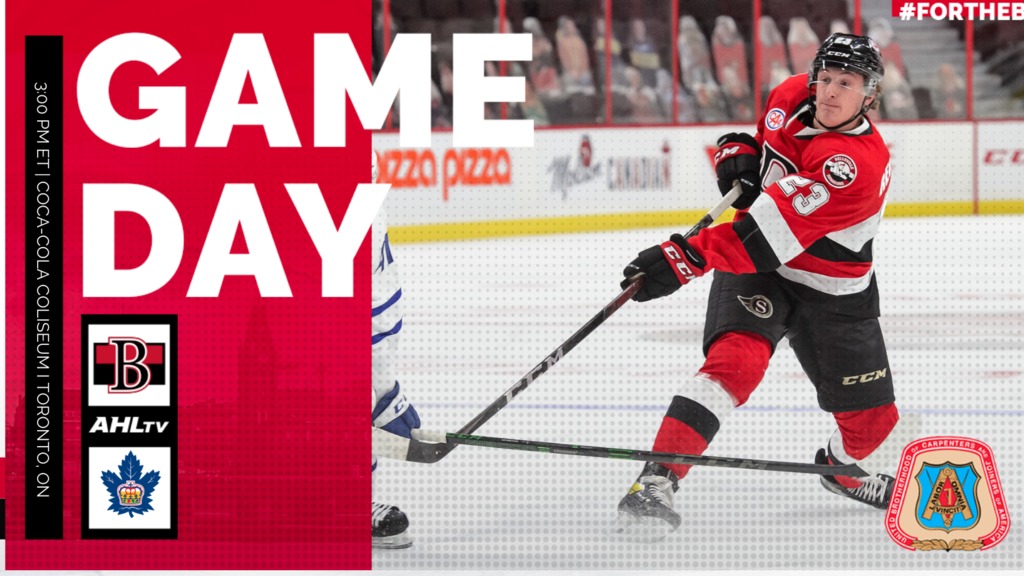 The Belleville Senators are back on the road today with a matchup at 3pm ET against the Toronto Marlies at Coca-Cola Coliseum.

The Sens are 10-15-1-0 this season heading into this afternoon’s game.

The Belleville Sens will have Mads Sogaard in goal tonight for the first time, backed up by Cedrick Andree.

The Belleville Senators have met the Toronto Marlies four times so far this season, and are 3-1-0-0 against their Ontario rivals heading into this afternoon’s game. The Sens currently sit in 4th place in the Canadian Division with 21 points.

Mads Sogaard, a 2019 round 2 #37 overall draft pick by Ottawa Senators, is coming off a season in the Metal Ligaen – Denmark’s top professional hockey league – where he posted a 10-5-1 record and a league-leading .922 save percentage as a member of the Esbjerg Energy. Sogaard spent the past two season with the Medicine Hat Tigers (WHL) and this afternoon will be his first game for the Sens.

Today’s game starts at 3pm and can be seen LIVE on  AHLTV.

Spring has sprung in Belleville, but some of the cold and wet weather this week brought back winter flashbacks! Receive 40% off hoodies from noon today until midnight tomorrow! Shop Now CODE: GAMEDAY40 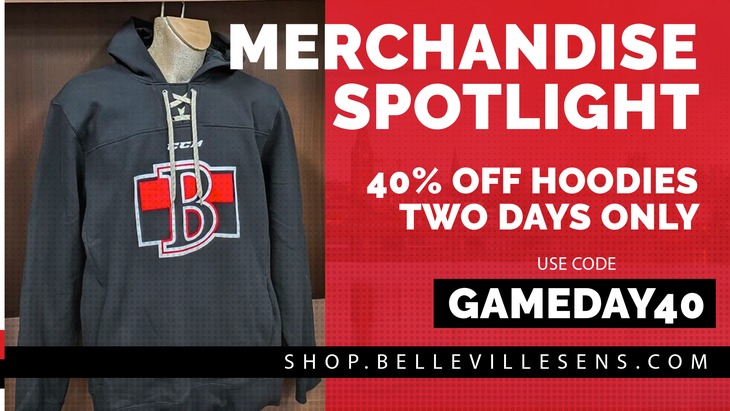 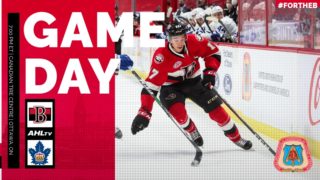