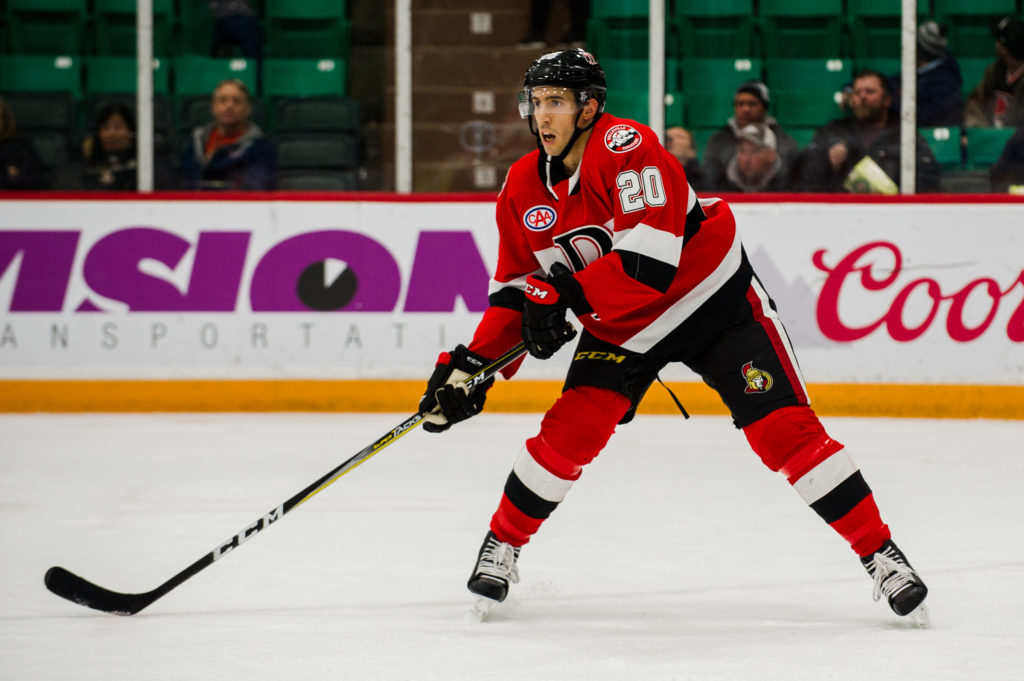 The Belleville Senators are in Ohio for the first of a back-to-back against the Cleveland Monsters.

The Senators (35-17-4-1) were beaten by Laval last time out but still hold a six-point lead over Rochester for first place in the North Division. The Sens remain the only team in the AHL to have more than 200 goals this season as they currently have 212.

The Monsters (24-26-4-2) sit last in the North Division with 54 points. They’re currently seven points out of a playoff spot and are the only team in the division that’s under .500 this year.

The Sens lost Josh Norris once again to Ottawa Thursday while the recently acquired Nick Baptiste could make his Sens debut tonight.

No word on whether Joey Daccord or Filip Gustavsson will start tonight but in all likelihood, they each get a start this weekend.

The two meetings this season have both been lopsided, with Belleville losing 6-2 before beating Cleveland 7-1 during a back-to-back in December. The Sens are 4-5-0-1 all-time against the Monsters.

Sens forward Joseph LaBate has four points over his last three games to bring his season total to 23, which is a career high. His 10 goals are tied for the most he’s had in a season.

Trey Fix-Wolansky has six points in his last three contests and in 37 games, has 24 points (10 goals) in his rookie season.

Wednesday’s game starts at 7pm and can be seen LIVE on AHLTV as well as Facebook Watch for free. Follow the Belleville Sens on Twitter for live updates.