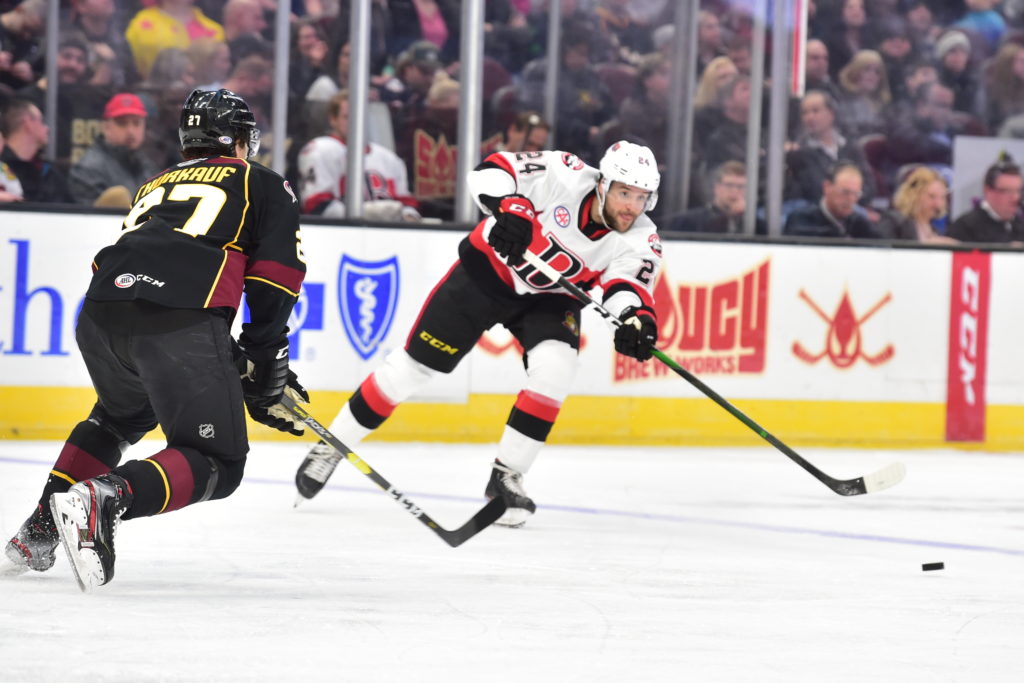 The Belleville Senators will look to sweep its back-to-back in Cleveland in an afternoon game in Ohio.

The Senators (36-17-4-1) cruised to a 5-1 win last night on the back of five different goalscorers. The Sens maintained its lead atop the North Division as they sit six points clear of Rochester.

The Monsters (24-27-4-2) remain last in the division and now sit nine points behind Syracuse for the final playoff spot.

The Sens have won an incredible 22 of its 29 road games this season.

No roster moves overnight for the Sens but the status of Morgan Klimchuk, who missed Friday’s game, is unknown but there’s a possibility he plays.

JC Beaudin, Erik Brannstrom, Logan Brown and Jonathan Davidsson are out for Belleville.

All three meetings this season have seen the victorious side dominate. In its two wins over Cleveland this season, Belleville’s scored 12 goals. The Sens are 5-5-0-1 all-time against the Monsters.

Drake Batherson dominated Friday night as he tallied four points to take his season total to 50 in his sophomore season.

Ryan MacInnis is second in Cleveland scoring with 30 points (seven goals) in 45 games this season.

Friday’s game starts at 1pm and can be seen LIVE on AHLTV. Follow the Belleville Sens on Twitter for live updates.

The radio broadcast on CJBQ 800 begins at 12:50pm with David Foot on the call.