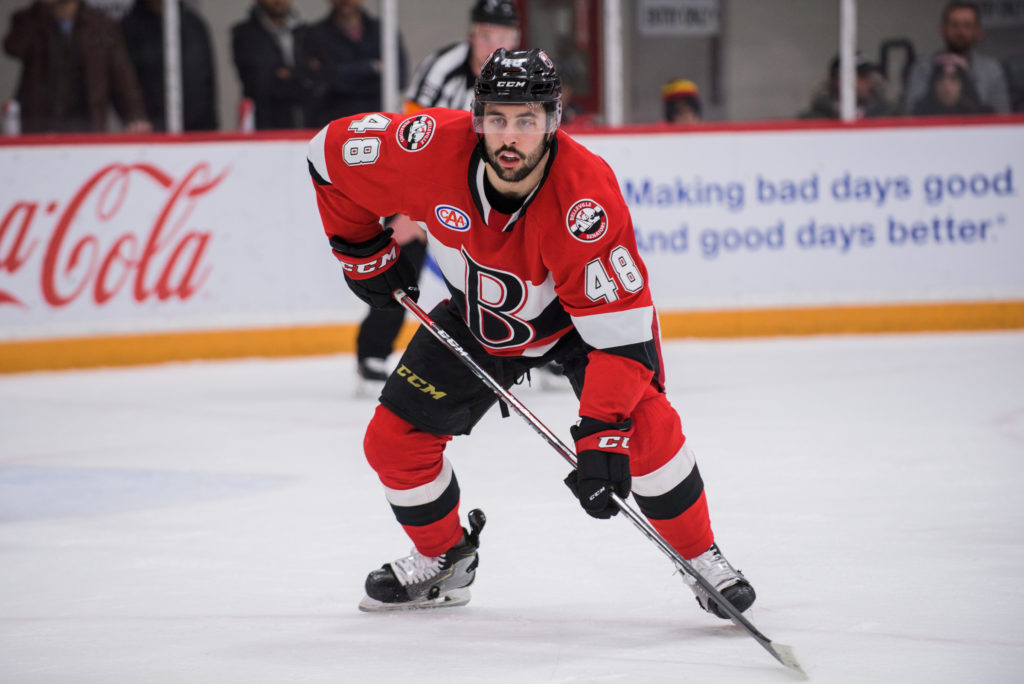 The Belleville Senators will hope to get back into the win column tonight as they cross into Quebec to visit the Laval Rocket.

The Senators (38-19-4-1) have lost two straight after back-to-back defeats against Rochester but maintain a six point lead on the Amerks for top place in the North Division.

The Rocket (29-24-5-3) trail Binghamton by four points for the final playoff spot in the North with 15 games to play in the regular season.

The Sens will have at least Filip Gustavsson back tonight in goal as he was reassigned by Ottawa Sunday.

Alex Dubeau remains with the Sens as Joey Daccord continues to recover from injury but signs to point to Gustavsson getting the nod tonight.

Drake Batherson is riding a five-game point streak where he has eight points over that time frame. He has 16 goals and 54 points in 43 games this season.

Jake Lucchini is coming off of a two-goal effort last time out. In his seven games with Laval since being acquired from Pittsburgh he has four points.

Wednesday’s game starts at 7pm and can be seen LIVE on AHLTV and RDS. Follow the Belleville Sens on Twitter for live updates.