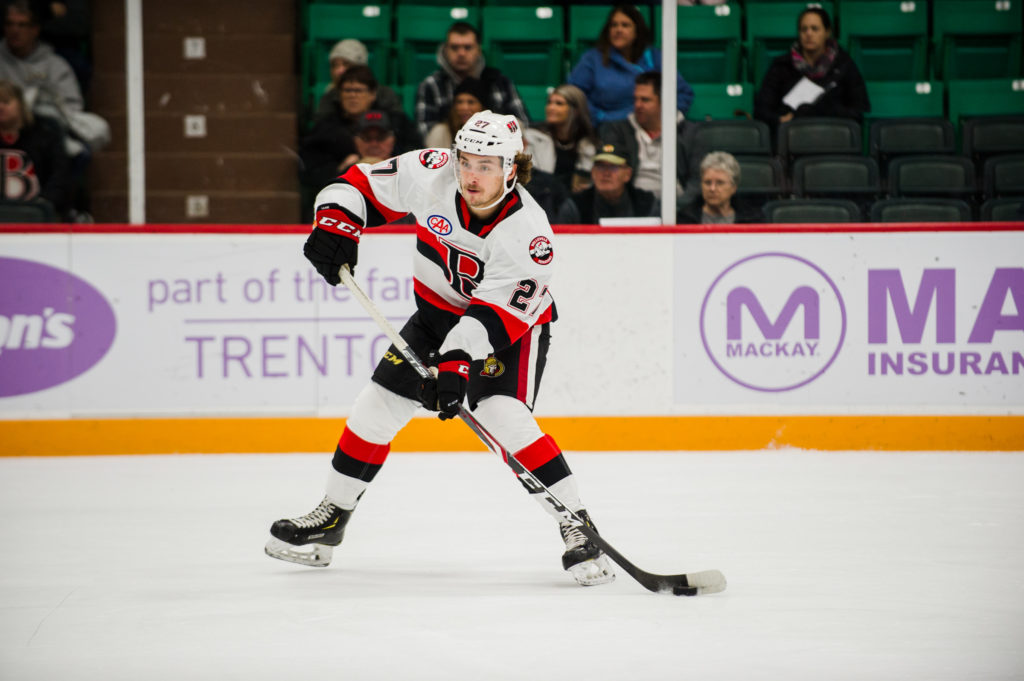 For the first time ever, the Belleville Senators and Milwaukee Admirals will do battle.

The Senators (8-6-1-0) pushed its point streak to six games with a 4-3 overtime win over Bridgeport Friday night. The victory jumped Belleville into sixth in the North, just two points out of fourth place.

Milwaukee (10-3-1-2) are riding a six-game win streak that saw them beat Laval 5-2 Friday night. The Ads sit atop the Central Division but also have the third most penalty minutes in the AHL.

No changes for the Senators from Friday although Jonathan Davidsson’s status is in the air after he missed Friday’s game with flu like symptoms.

Filip Gustavsson will start for Belleville.

As mentioned off the top, this is the first ever Sens/Admirals meeting. The two teams meet in Wisconsin on Jan. 21.

Rudolfs Balcers returned to the lineup Friday for Belleville and went on to score two goals, including the overtime winner.

Yakov Trenin has had a hot start to his 2019-20 season as in 11 games with Milwaukee, the Russian has seven goals 14 points and is riding a six-game point streak.

The radio broadcast on CJBQ 800 begins at 6:50pm with Jack Miller on the call and David Foot on colour. Tickets are available by clicking here.