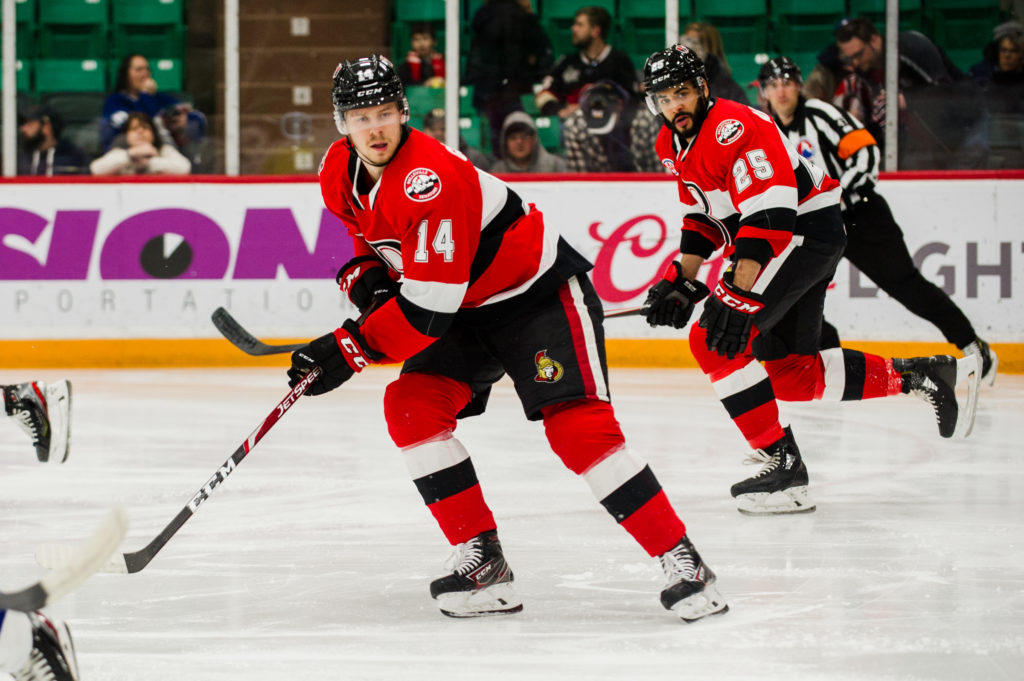 The top two teams in the North Division open a back-to-back tonight as the Belleville Senators host the Rochester Americans.

The Senators (38-17-4-1) set a new franchise best for wins in a season Wednesday after its 8-4 win over Toronto that saw the team extend its lead atop the North Division to double digits as they lead the Amerks by 10 points.

The Americans (31-19-4-5) have lost two straight heading into tonight’s game but remain seven points ahead of Binghamton who are fifth and chasing the final playoff spot in the North.

No changes since Wednesday for the Senators who will once again turn to Alex Dubeau in goal.

JC Beaudin, Erik Brannstrom, Logan Brown and Jonathan Davidsson are out for Belleville.

The Sens are 2-1-1-0 against the Amerks this season although the home team has won just one of the previous four contests.

Newly acquired forward Nick Baptiste had his first points as a Senators Wednesday as he had a goal and an assist. Between Belleville and Toronto, he has 11 points this season in 32 games.

Taylor Leier, who recently signed an NHL deal with Buffalo for the remainder of the season, has 14 points in 24 games with the Amerks this season.

Wednesday’s game starts at 7pm and can be seen LIVE on AHLTV. Follow the Belleville Sens on Twitter for live updates. Tickets are available by clicking here.