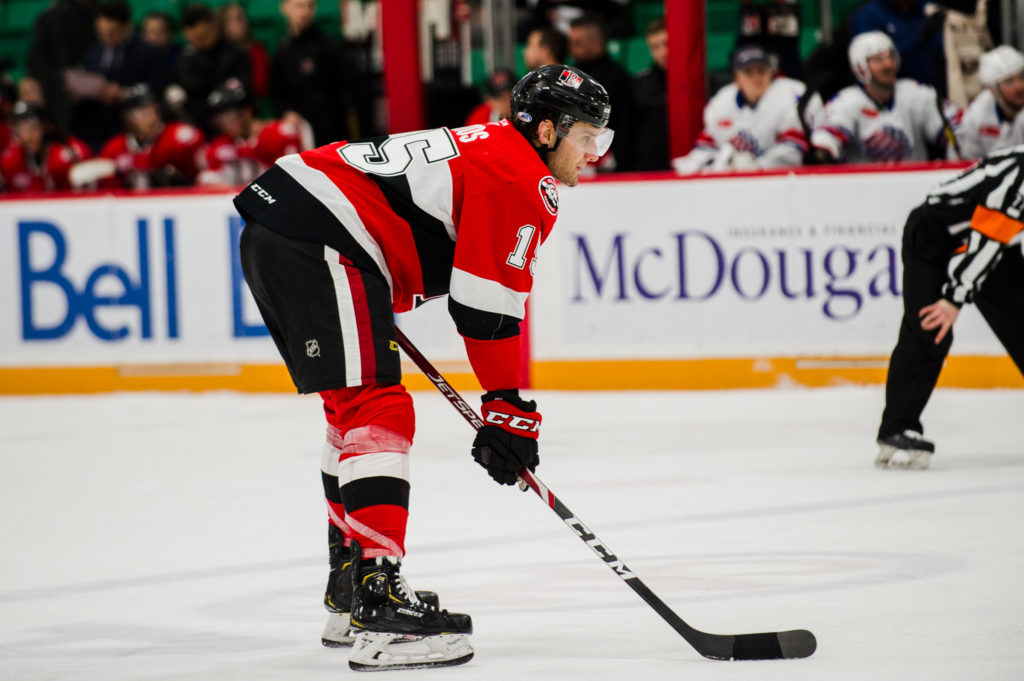 The top two teams in the North Division will battle again tonight at CAA Arena as the Belleville Senators host the Rochester Americans.

The Senators (38-18-4-1) were beaten 5-3 by Rochester last night trimming its lead atop the North Division to eight points over the Amerks.

The Americans (32-19-4-5) cut into Belleville’s divisional lead last night but continue to move further away from the fourth and final playoff spot as they hold a seven point edge.

The Sens had a swap of defenceman as Christian Wolanin was recalled by Ottawa while Christian Jaros was reassigned ahead of Friday’s game.

Alex Dubeau has started the last two games for the Senators but no confirmation if he’ll go again tonight. If he doesn’t, Clint Windsor will get his first AHL start as Joey Daccord remains out.

The Sens are 2-2-1-0 against the Amerks this season. Tonight is the final meeting between the two teams in the regular season.

Filip Chlapik had a pair of goals last night and now has five goals in his last four games. He has 22 points (10 goals) in 35 games this season.

Saturday’s game starts at 7pm and can be seen LIVE on AHLTV. Follow the Belleville Sens on Twitter for live updates. Tickets are available by clicking here.