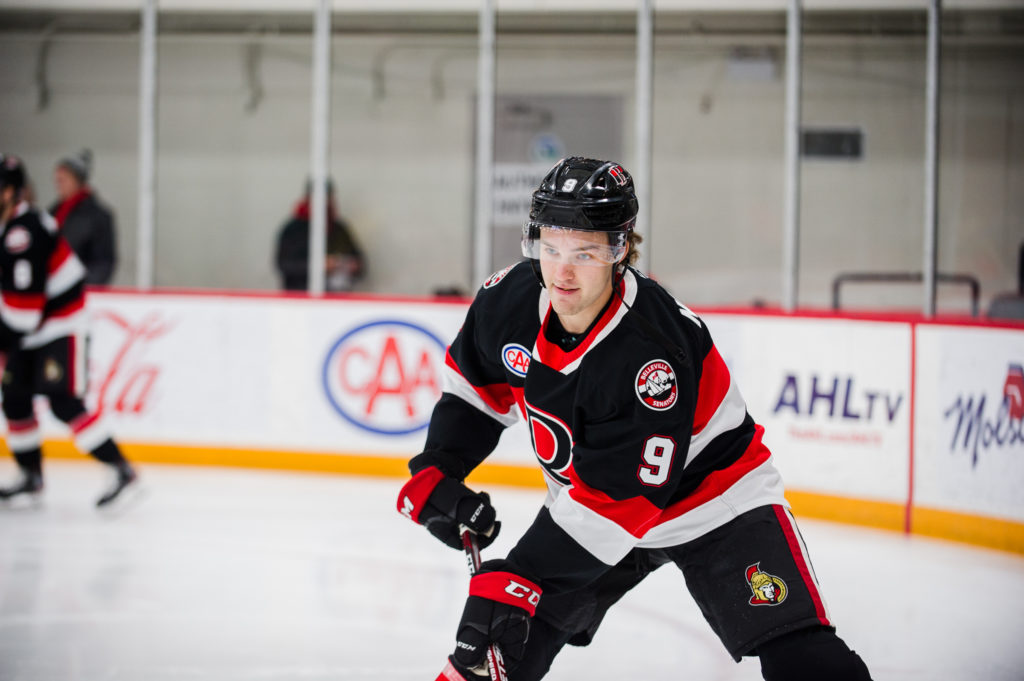 The Belleville Senators will host its annual Family Day game this afternoon when they host the Syracuse Crunch.

The Senators (32-15-4-1) grabbed a point Saturday afternoon in Toronto after a 7-6 overtime loss. The Sens remain in first place in the North Division but its lead has shrunk to five points over Rochester.

The Crunch (24-21-3-5) sit fifth in the North, just a single point behind Toronto for the final playoff spot although Syracuse has played three games more.

Andreas Englund was recalled by Ottawa Sunday morning but aside from that, status quo for the Senators.

Today is the first of four games in six days for the Sens so Troy Mann will have to figure out his plan for the week. Filip Gustavsson got the nod Saturday so in all likelihood, Joey Daccord starts today.

JC Beaudin, Logan Brown and Jonathan Davidsson are out for the Senators while the status of Christian Jaros is unclear.

The Senators are 2-0-1-0 against the Crunch this season. The last time Syracuse visited Belleville, the Sens romped to an 8-2 victory.

Sens captain Jordan Szwarz buried a pair of goals Saturday to take his season total to 15. He has 27 points in 35 games this year.

Monday’s game starts at 2pm and can be seen LIVE on AHLTV. Follow the Belleville Sens on Twitter for live updates. Tickets are available by clicking here.