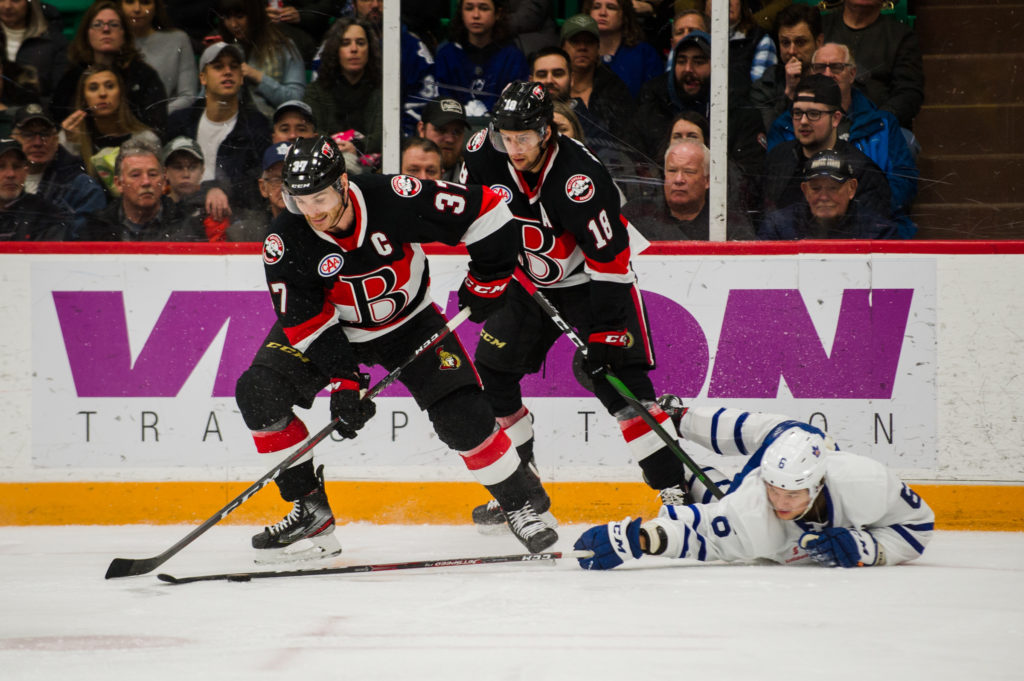 It’s a Valentine’s Day match-up at CAA Arena tonight as the Belleville Senators and Toronto Marlies once again square off in the Battle of Ontario.

The Senators (32-14-3-1) is riding a seven-game winning streak into tonight’s game after their 3-2 overtime win against Laval last Saturday. The Sens have a seven-point lead in the North Division and still hold the best record in the Eastern Conference.

The Marlies (24-20-3-2) are in a three-way tie with Laval and Syracuse for the fourth and final playoff spot in the division. Toronto has won two straight but is just 3-5-1-1 in its last 10.

The Sens received a major boost earlier in the week as Christian Wolanin was reassigned to the team after recovering from a shoulder injury suffered in September. Max Veronneau’s return to the lineup after injury is also imminent but it’s not a sure thing he returns tonight.

With the Sens and Marlies playing a home-and-home, it’s unclear who will start tonight between Joey Daccord and Filip Gustavsson.

JC Beaudin and Jonathan Davidsson are out for the Senators while the status of Christian Jaros is unclear.

The Senators are riding a three-game winning streak over the Marlies and are 4-3 against Toronto this season. The Marlies have won two of the three contests in Belleville this season.

Sens captain Jordan Szwarz has seven points against Toronto this season, the most by a Sens player. Despite missing a month through injury, Szwarz has 23 points (13 goals) in 33 games.

Nic Petan has four points in his last two games and has tallied 10 goals and 30 points this season in 20 games. 13 of his season points have come against Belleville.

Friday’s game starts at 7pm and can be seen LIVE on AHLTV. Follow the Belleville Sens on Twitter for live updates. Tickets are available by clicking here.