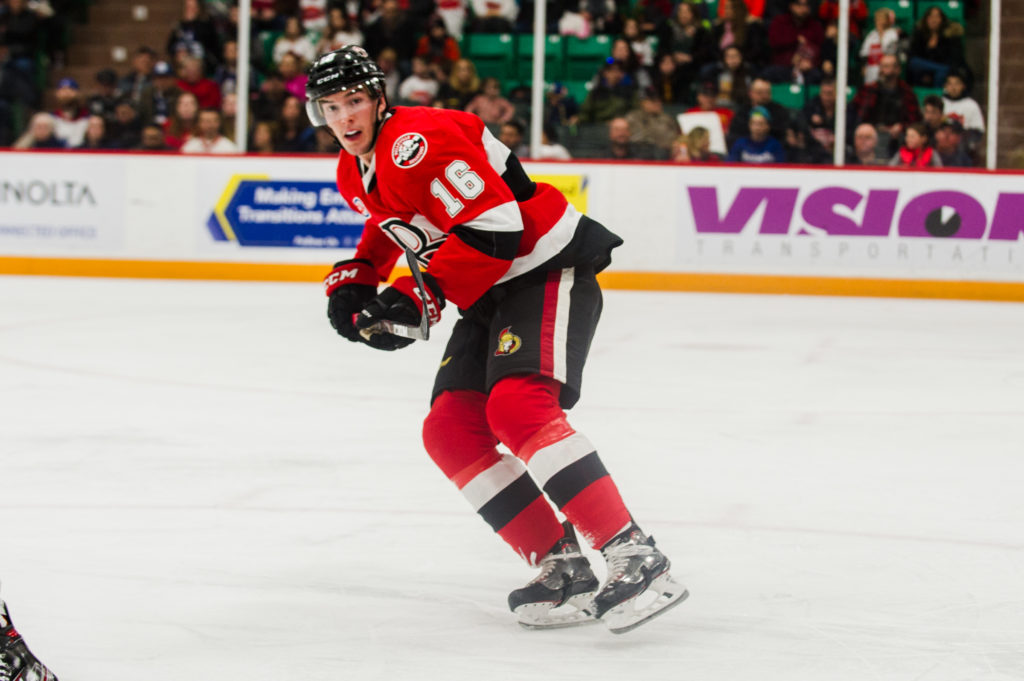 The Belleville Senators open March with another instalment of the Battle of Ontario as the Toronto Marlies visit CAA Arena.

The Senators (37-17-4-1) matched its franchise season best in wins last time out as they recorded their 37th victory of the season after beating Cleveland. The Sens remain atop the North Division, holding an eight-point lead on Rochester.

The Marlies (24-27-4-2) beat Texas Monday night on the back of a third period rally in the make-up game after their last contest was postponed due to a medical emergency. The Marlies are seventh in the North but sit four points behind Syracuse for the final playoff spot.

It’s been a goaltending whirlwind for the Sens this week as Filip Gustavsson was recalled by Ottawa meaning Belleville had to call up Alex Dubeau from Brampton. The Sens also signed Clint Windsor to a PTO with Joey Daccord currently out due to injury. Dubeau is expected to make his AHL debut tonight.

The Sens are 4-4-1-0 against the Marlies this season with only one contest all season having seen four or less goals scored. Belleville is 1-3 at home against Toronto this season.

Alex Formenton passed the 50-point threshold over the weekend on the back of tallying five points in his last two games. He has 26 goals and 52 points this season in 57 games.

Wednesday’s game starts at 7pm and can be seen LIVE on AHLTV. Follow the Belleville Sens on Twitter for live updates. Tickets are available by clicking here, and since it’s a Winning Wednesday, there is savings to be had on tickets, merchandise as well as food and beverage.