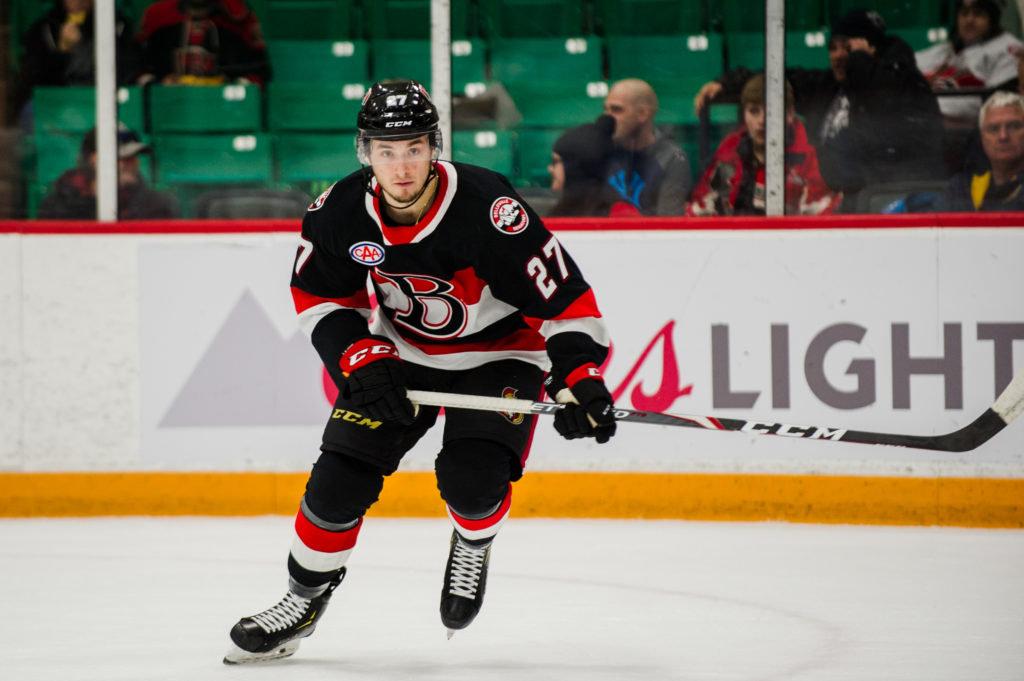 The Belleville Senators will look to rebound in an all-Canadian contest tonight as they host the Western Conference’s Manitoba Moose.

The Senators (34-16-4-1) were doubled up by Utica 6-3 Friday night but still sit in first place in the North Division holding a six-point lead on Rochester.

The Moose (24-32-0-0) sit last in the Central Division but their playoff hopes do remain alive as they sit seven points behind Chicago for the final playoff spot in their division.

After starting all three games so far this week, Joey Daccord will get the night off as Filip Gustavsson starts.

Belleville is 1-1-1 against the Moose this season and are 5-4-2-0 all-time against their Canadian rivals . The Sens’ lone win against Manitoba this season came on Jan. 13 on the back of a Michael Carcone hat-trick.

Darren Archibald made his second Senators debut Friday and had a goal in the process. He has 13 points in 35 games this year.

Andrei Chibisov has 24 points this season, the fifth most for the Moose. The Russian rookie has also played twice for Winnipeg this year.

Saturday’s game starts at 7pm and can be seen LIVE on AHLTV. Follow the Belleville Sens on Twitter for live updates. Tickets for tonight’s game are available by clicking here.