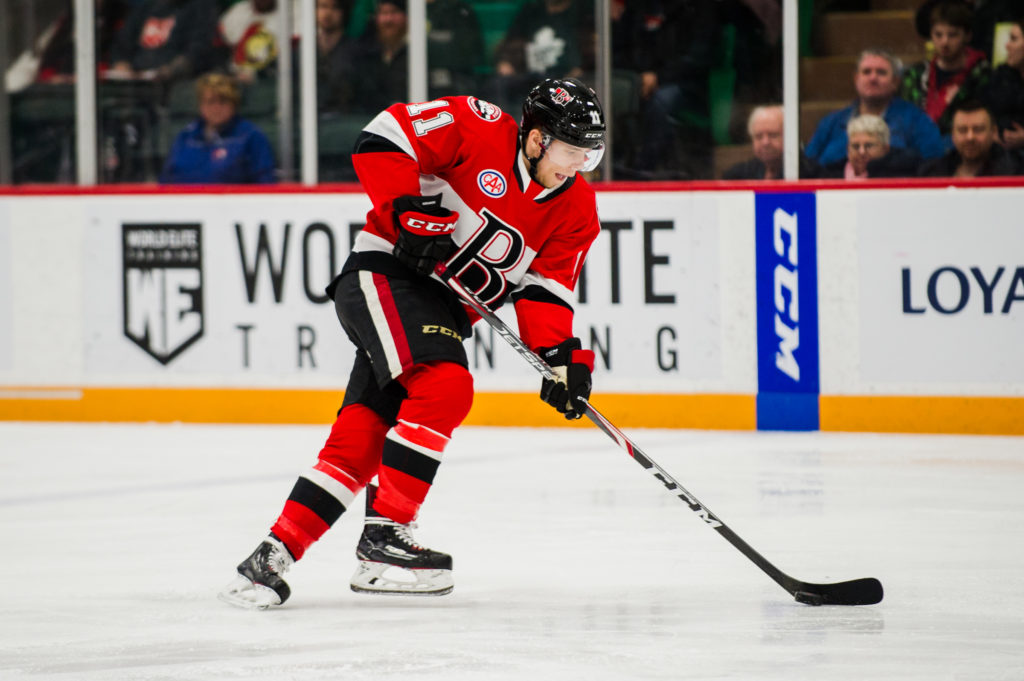 The Belleville Senators will complete its three-game homestand tonight as they host the Laval Rocket at CAA Arena.

The Senators (35-16-4-1) erased a three-goal deficit against Manitoba last time out to claim a 5-4 overtime win. The victory has the Sens seven points up on Rochester for first place in the North Division.

The Rocket (25-23-5-3) sit sixth in the North, three points behind Syracuse for the fourth and final playoff spot. The Rocket haven’t lost in their last three regulation games but are just 3-4-2-1 over its last 10.

The Sens got some major help Sunday as Drake Batherson and Josh Norris were reassigned to Belleville. However, the team lost Rudolfs Balcers and Filip Chlapik on recall. Additionally, the team traded for Nick Baptiste Monday night.

No word on whether Joey Daccord or Filip Gustavsson will start tonight for the Sens who will head to Cleveland Thursday for a weekend doubleheader.

Belleville has dominated Laval this season collecting 13 of a possible 14 points against its Canadian rivals with a 6-0-0-1 record. The Senators are 18-10-1-2 all-time against the Rocket.

Drake Batherson will play his first game for Belleville since Jan. 25. His 46 points this season are the third best on the Sens despite playing only 37 games.

The Rocket recently acquired Joseph Blandisi from Pittsburgh and he’ll play his second game for Laval tonight. He 134 career AHL points in 185 contests.

Wednesday’s game starts at 7pm and can be seen LIVE on AHLTV. Follow the Belleville Sens on Twitter for live updates. Tickets for tonight’s game are available by clicking here.