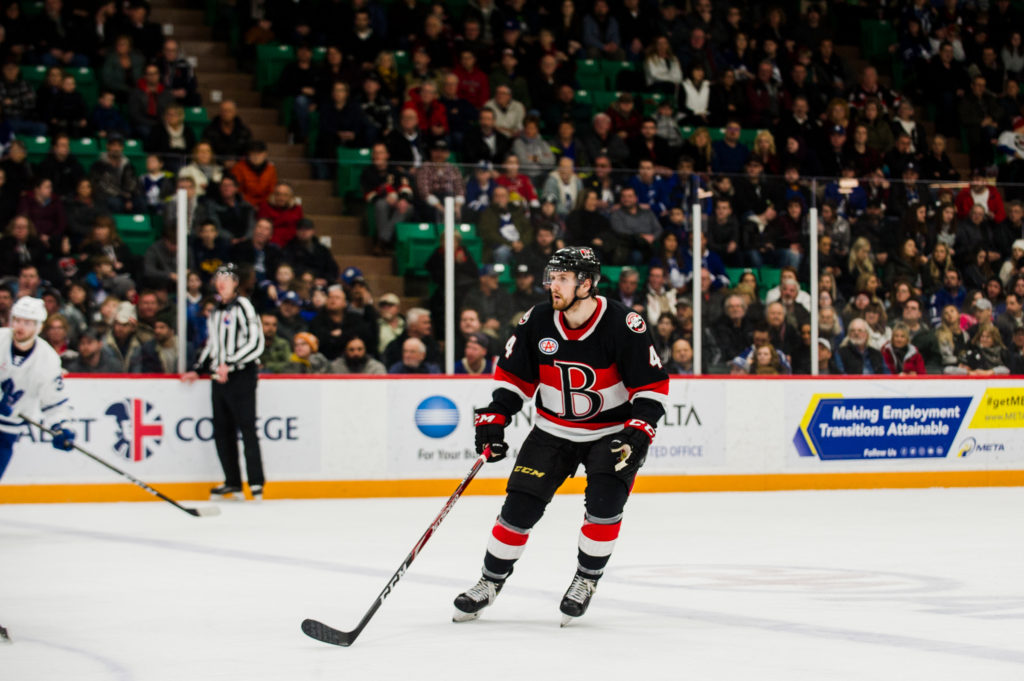 The Belleville Senators will look to push its winning streak to seven games tonight when they host Laval in the 100th home game in franchise history.

The Senators (31-14-3-1) scored five unanswered Friday night to beat Toronto 7-4. The win, combined with Rochester’s loss, pushed the Sens’ lead atop the North Division to six points. The victory also pushed the Sens over .500 at home at an 11-10-1-1 record.

JC Beaudin returned Friday after missing the previous nine games, however, Logan Brown left the game and his status for tonight is unclear. The Sens are without Andreas Englund after he was recalled by Ottawa Friday morning.

Expect Filip Gustavsson to start in goal for the Senators.

Jonathan Davidsson and Max Veronneau are out for the Senators.

The Senators are 5-0-0-1 against Laval this season in what has so far been a very one-sided season series. The Sens are 10-3-2 all-time at home against the Rocket.

Sens forward Morgan Klimchuk is currently riding a six-game point streak and has 11 goals and 21 points in 38 games. Three of his 11 goals have come short-handed.

After being reassigned to Laval, Jesperi Kotkaniemi has tallied four assists in just two games. He has 42 points in his 115 NHL games with Montreal.

Saturday’s game starts at 7pm and can be seen LIVE on AHLTV. Follow the Belleville Sens on Twitter for live updates. Tickets are available by clicking here. The game is also Superhero Night as well as the Sens’ 100th home game.