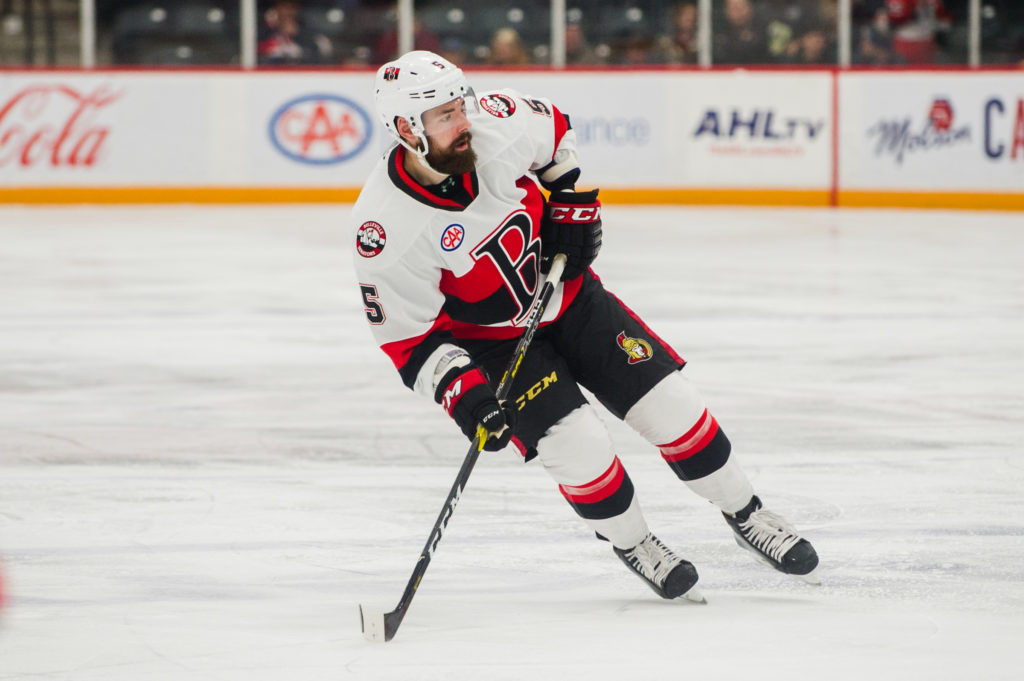 The Belleville Senators will puts its five-game point streak on the line when they host Bridgeport for the only time this season.

The Senators (7-6-1-0) got over. 500 for the first time this season Wednesday night after a 5-4 overtime win over Laval in Quebec. The win sees the Sens sit just three points behind Utica for fourth spot in the North Division. During the Sens’ point streak they’ve scored 21 times to collect nine of a possible 10 points. Belleville’s 55 goals against however remain the most in the Eastern Conference.

Bridgeport (4-9-2-1) are coming off of a 2-0 win over Providence but sit last in the Atlantic Division. Their 29 goals scored are the fewest in the AHL.

The Sens will have JC Beaudin and Jonathan Davidsson available after their reassignment Thursday. The status of Rudolfs Balcers, who was sent to Belleville earlier in the week, is still uncertain while Andreas Englund, Joseph LaBate and Stuart Percy remain injured.

Marcus Hogberg has started the last three games for Belleville, which have all been wins, so he stands to start tonight but Filip Gustavsson could get the nod and Hogberg play Saturday.

Belleville won the last meeting between the sides just five days ago with a 2-1 win Sunday afternoon. However, Bridgeport is 4-1 all-time against the Senators.

Rookie forward Alex Formenton is riding a three-game point streak that included Wednesday night’s OT winner against Laval. He has four goals and eight points in 13 games this year.

Another rookie is off to a solid start in Sound Tigers forward Arnaud Durandeau. The 20-year-old Quebec native has two goals and an assist in six games.

Friday’s game starts at 7pm and can be seen LIVE on AHLTV. Follow the Belleville Sens on Twitter for live updates.