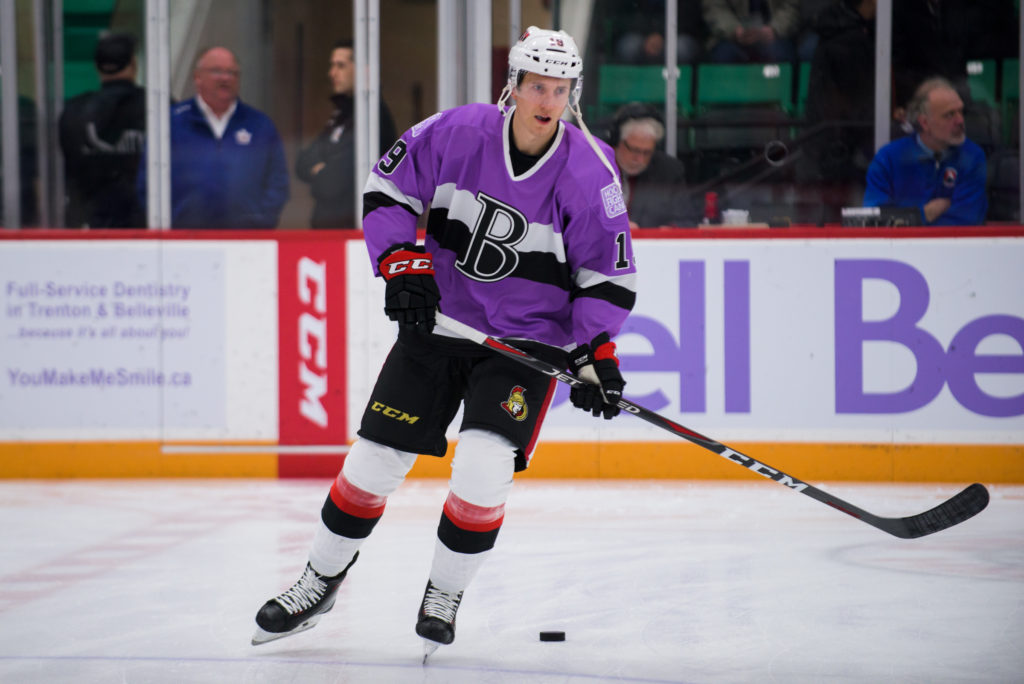 The Belleville Senators will square off with the high-flying Bridgeport Sound Tigers for the first time in 2018-19.

Belleville (8-8-0-0) finally overcame a mental hurdle to get back to .500 and will now look to complete a perfect week by moving a game over that threshold.

The Sens are 6-4 at CAA Arena and hold the second best power play on home ice at 28.2% and the fourth best in the AHL.

Bridgeport (10-5-0-2) haven’t lost in regulation in their last seven games and hold the second best record in the Eastern Conference although seven of their 10 wins have come at home.

The Senators got some welcome news Friday as Logan Brown and Stuart Percy returned to the line-up after injury layoffs.

After Filip Gustavsson started his third straight game Friday, and his second in the past three days, Sens head coach Troy Mann said it was at best 50/50 Gustavsson starts tonight meaning Jake Paterson could get his first Belleville start.

Belleville has yet to beat the Sound Tigers in its short history after losing both contests last season. The two teams will also square off in Connecticut on March 23.

Sens forward Logan Brown returned in dominant fashion Friday as after missing the previous 14 games, he buried his first professional goal in Belleville’s win over Toronto.

Bridgeport’s Josh Ho-Sang continues to dominate at the AHL level as he has 16 points in 17 games this year, although only one goal. In parts of two NHL seasons, he has 22 points (six goals) in 43 games.

Saturday’s game starts at 7:00pm and can be seen on AHLTV. Fans can also watch tonight’s contest at Shoeless Joe’s in Belleville.