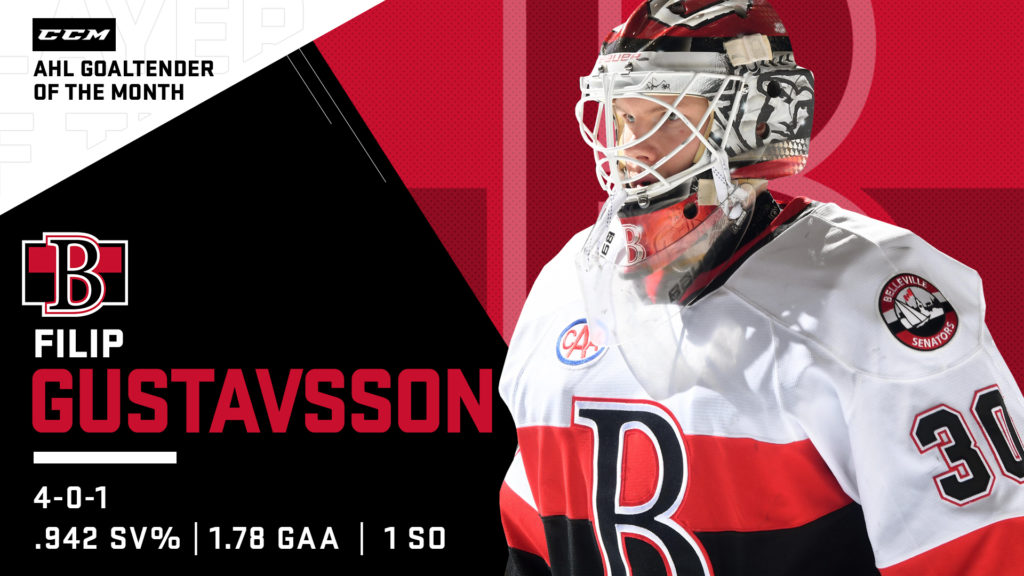 Belleville Senators goaltender Filip Gustavsson has been named the CCM/AHL Goaltender of the Month for January.

The 21-year-old is 12-5-2 in 19 appearances for Belleville this season, with a 3.24 GAA, an .891 save percentage and one shutout. In 57 AHL games with Belleville, he’s posted a record of 26-25-4. The Skelleftea, Sweden, native won a silver medal with Sweden and was named the tournament’s top goaltender at the 2018 IIHF World Junior Championship.