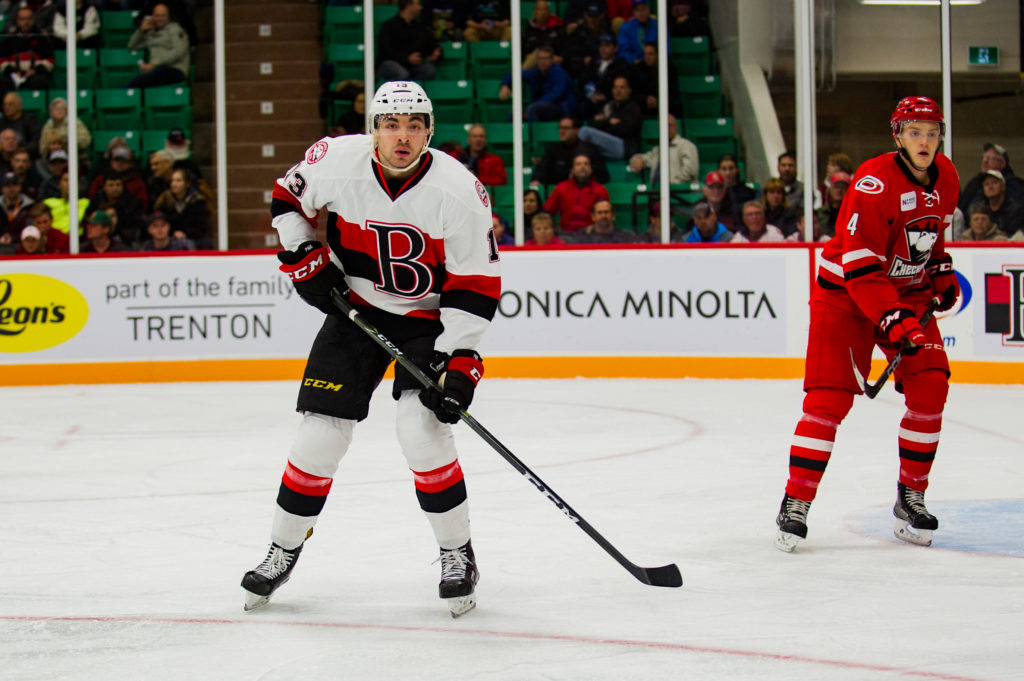 The Ottawa Senators have reassigned forwards Nick Paul and Jack Rodewald to the Belleville Senators along with defenceman Ben Harpur.

Rodewald made his NHL debut earlier this season and has appeared in four games without recording a point. Harpur has suited up in three games this season for Ottawa while Paul has played just once.

In five games this season for Belleville Rodewald has scored three goals and added an assist while Paul has five assists in 11 games. Harpur is scoreless in three contests.

Furthermore, defenceman Cody Donaghey has been reassigned to the ECHL’s Brampton Beast, as has goaltender Marcus Hogberg, who had joined Ottawa as their emergency goaltender in Sweden.

The Senators are back in action Wednesday night to conclude it’s season-long seven-game homestand against the Lehigh Valley Phantoms. Tickets are available by clicking here.