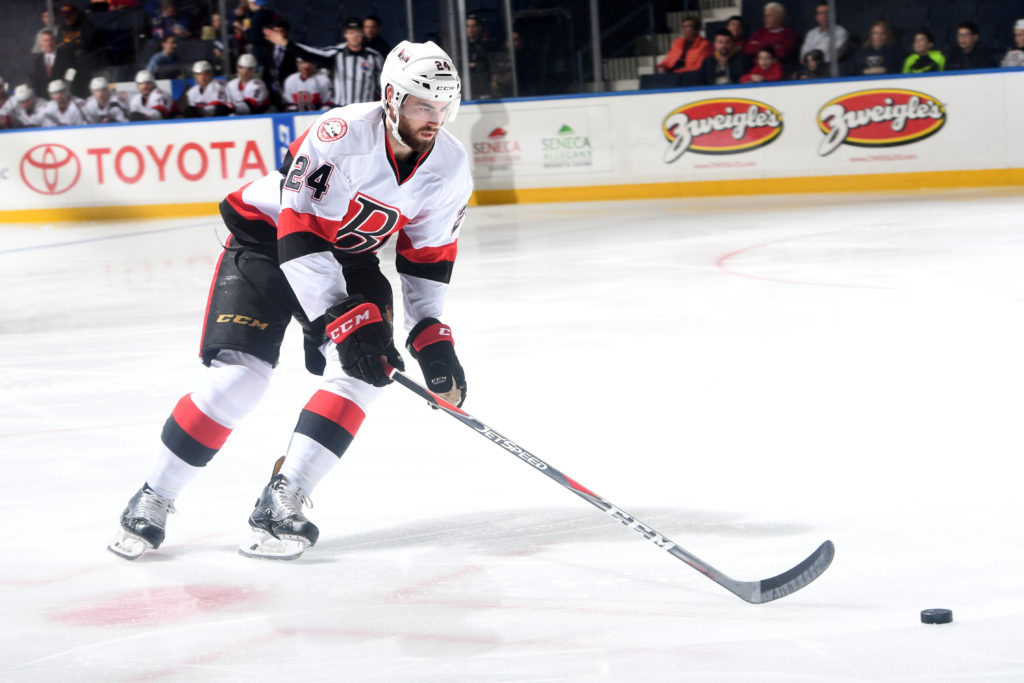 The Ottawa Senators announced today that the club has signed defenceman Ben Harpur to a two-year, one-way contract extension. The contract will carry a value of $650,000 in the 2018-19 National Hockey League season and $800,000 in the 2019-20 season.

Harpur, 23, has recorded one point in 20 NHL games with Ottawa this season. The 6-6, 223-pound native of Niagara-on-the-Lake, Ont., has also scored two goals and seven assists while recording 27 penalty minutes in 16 American Hockey League games with Ottawa’s AHL affiliate, the Belleville Senators, this season.

“Ben has continued on his developmental path this season, improving his game to the point where we project him to be a significant contributor to our team for years to come,” said Ottawa Senators general manager Pierre Dorion.

Originally drafted in the fourth round (108th overall) of the 2013 NHL Draft, Harpur has played in 31 career NHL games (two assists) and recorded two assists while playing in nine Stanley Cup playoff games for the Senators last season.