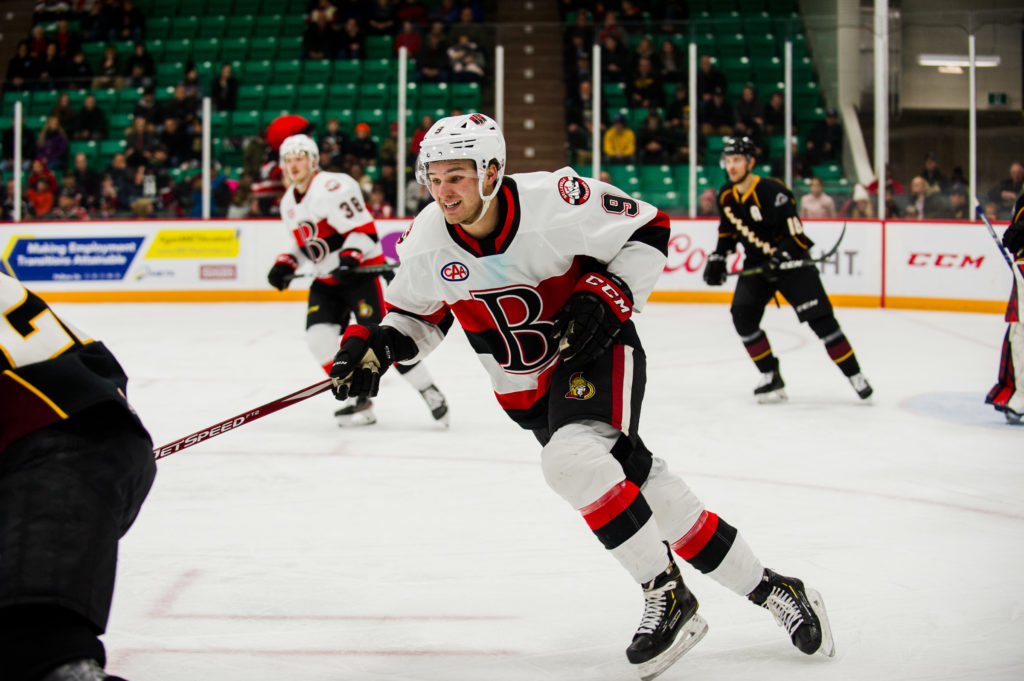 The American Hockey League announced today that Belleville Senators forward Josh Norris has been voted the winner of the Dudley (Red) Garrett Memorial Award as the AHL’s outstanding rookie for the 2019-20 season.

The award is voted on by coaches, players and members of the media in each of the league’s 31 cities.

Norris, who earned spots on the AHL First All-Star Team and the AHL All-Rookie Team for 2019-20, was the league’s top-scoring rookie with 31 goals and 61 points in 56 games for Belleville. He finished tied for third in the overall scoring race, the highest finish by an AHL rookie since Cory Conacher placed second in 2011-12, and paced a Senators offense that led the league in scoring with 3.71 goals per game. Norris had a 13-game scoring streak from Dec. 20 to Jan. 15, matching the longest by an AHL rookie since 2005.

A 21-year-old native of Oxford, Mich., Norris also appeared in three games with the Ottawa Senators this season, making his National Hockey League debut on Feb. 22 vs. Montreal. Norris, who played two seasons at the University of Michigan and was a two-time medalist with the United States at the IIHF World Junior Championship, was originally a first-round selection (19th overall) by San Jose in the 2017 NHL Entry Draft; he was acquired by the Senators in a trade on Sept. 13, 2018.

Norris’ 1.09 points per game is the best by a Sens rookie in franchise history, while his 31 goals were not only a rookie team record, but the most ever in a season by a Senator. His 10 power play goals also tied Jack Rodewald’s franchise record while his aforementioned 13-game point streak is the longest ever by a Sens rookie and the second longest in team history behind Rudolf Balcers’ 15-game streak this past season.