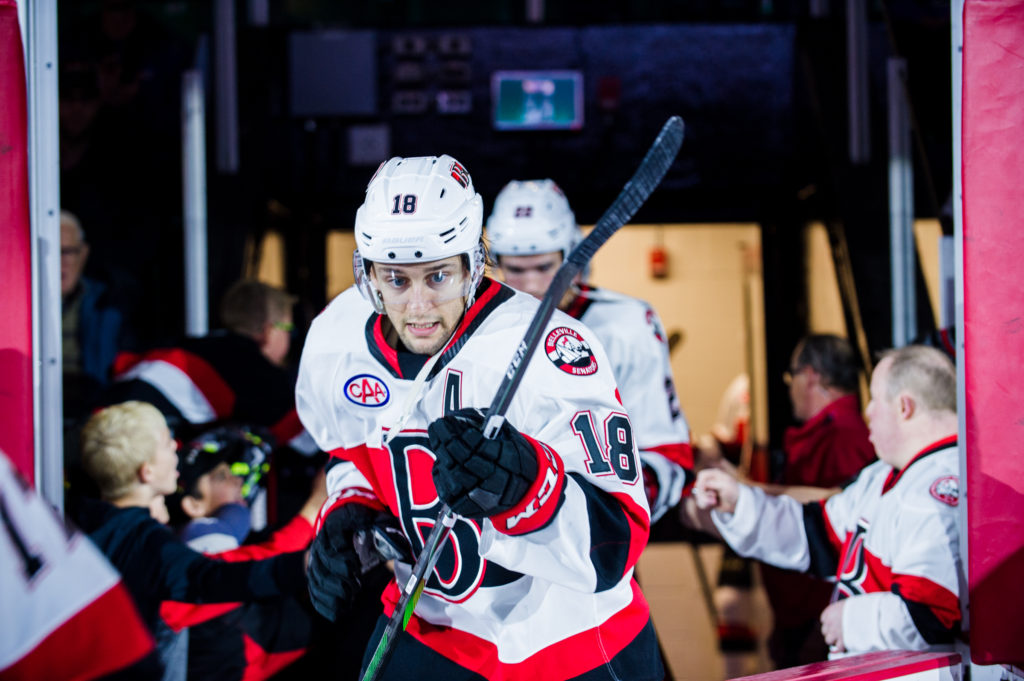 The Belleville Senators are proud to announce that Morgan Klimchuk has been named the team’s 2019-20 IOA/American Specialty AHL Man of the Year for his outstanding contributions to the Belleville and Bay of Quinte community during the 2019-20 season.

In his first full season with Belleville, Klimchuk has stood above his peers as an enthusiastic participant in multiple player visits to local schools as well as playing an important role in the Senators’ ‘All In’ minor hockey mentorship program.

Since joining the Senators organization in January 2019, he has consistently volunteered his time with a variety of community events including the annual Senators Golf Classic, hospital visits as well as sorting at the local food bank on top of much more. Klimchuk has served as an alternate captain for the Sens this season and has shown both on and off the ice to be an influential part of his community.

From this list of finalists, representatives from IOA/American Specialty and the AHL will choose the winner of the 2019-20 Yanick Dupre Memorial Award. The AHL’s annual Man of the Year award is named after the late Yanick Dupre, who died in 1997 at the age of 24 following a 16-month battle with leukemia. Dupre, an AHL All-Star in 1995, played four seasons with the Hershey Bears and also skated in 35 National Hockey League games with the Philadelphia Flyers. The winner of the 2019-20 Yanick Dupre Memorial Award will be announced at a later date.

This year’s winners of the IOA/American Specialty AHL Man of the Year awards are: