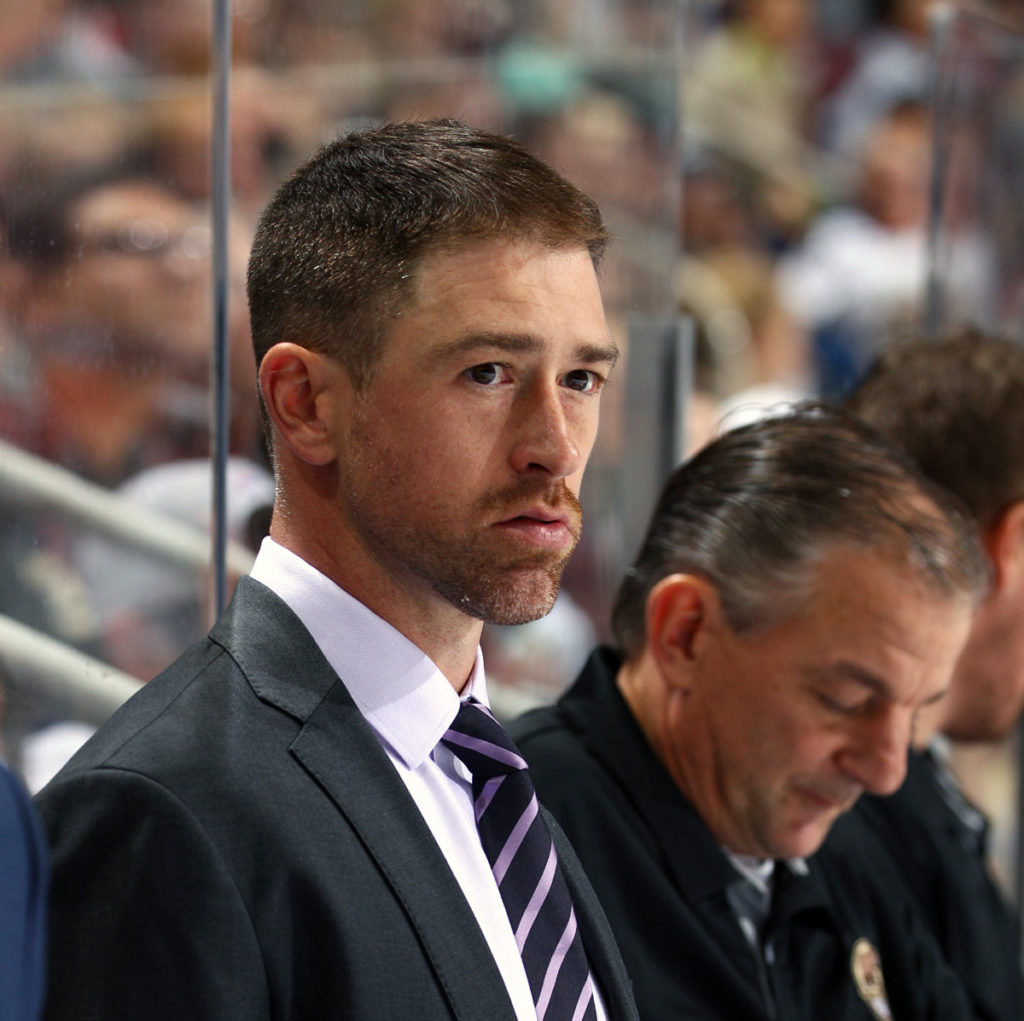 Murphy, 35, will join the staff of newly appointed Belleville head coach Troy Mann, who was named to the position on June 25 and was formally introduced at a press conference in Belleville this morning.

“From my perspective you want familiarity in your coaching staff and working with Ryan again continues the previous five years we’ve worked together,” Belleville Senators head coach Troy Mann said. “Ryan is an excellent young coach who has progressive ideas and they mix well with where we want to go with this team.”

A native of Rumson, N.J., Murphy was a member of coach Mann’s staff for four years from 2014 to 2018 with Hershey, the AHL affiliate of the defending Stanley Cup champion Washington Capitals. It will mark the sixth consecutive season Murphy has worked with Mann following his appointment as an assistant coach on Mann’s staff with the Bakersfield Condors (ECHL) in 2013.

While in Hershey, Murphy helped the team to two Atlantic Division titles and an appearance in the 2016 Calder Cup Finals, along with coaching nine members of this year’s Cup-winning Capitals team. The Bears claimed a post-season berth in three of Murphy’s four seasons and were ranked in the top-10 in power-play percentage twice.

Originally drafted by the Los Angeles Kings in the sixth round (185th overall) in the 2002 NHL Draft, Murphy, a forward, appeared in 231 professional games across four full seasons in both the ECHL and AHL with Manchester, Charlotte, Hartford and Peoria. Prior to that, the Boston College graduate played four seasons with the Eagles, where he served as an assistant captain during his senior year and won the team’s Coaches Award given to the player who best exemplifies hard work, leadership and selflessness.

The Senators open their 2018-19 season Oct. 6 with a trip to Utica and will play its home-opener on Oct. 17 against Binghamton. Season tickets, half-season and partial-game plans are currently available by visiting www.bellevillesens.com or directly at the team’s office via telephone at 613-967-8067 or by email at seasontickets@bellevillesens.com.