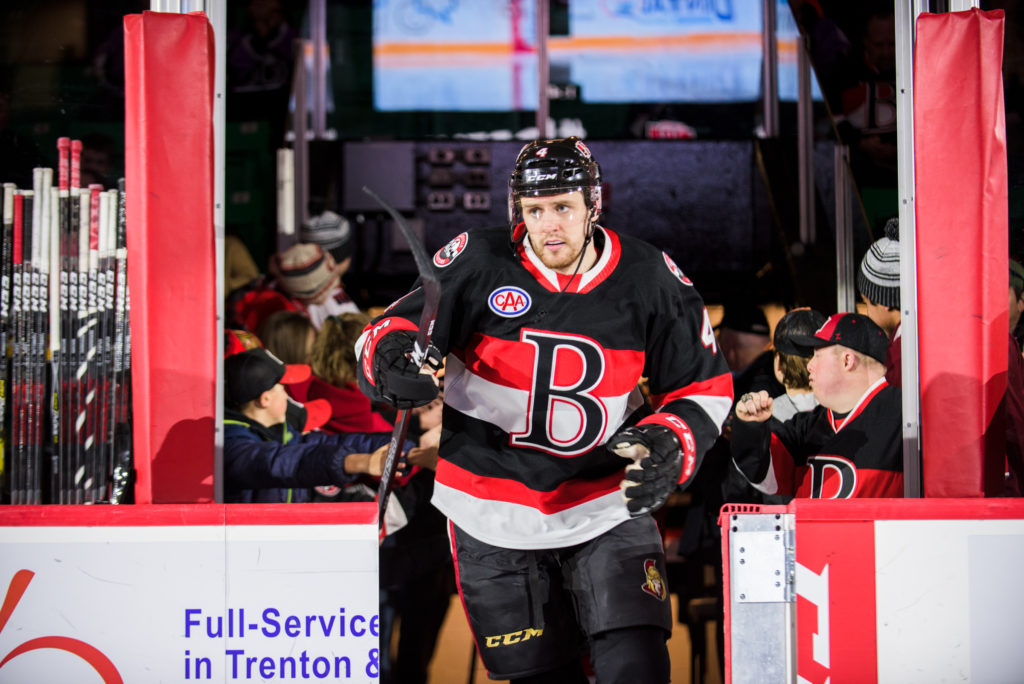 Defenceman Jordan Murray has signed a one-year American Hockey League extension with the Belleville Senators for the 2019-20 season.

The 26-year-old blueliner is coming off of his second full AHL season where he tallied career highs in goals (9), assists (17) and points (26) while playing in 54 games.

Murray is the Sens’ franchise record holder for goals (17), assists (32) and points (49) by a defenceman while his 112 games rank only second to Andreas Englund by a d-man. Murray also scored the first hat-trick in Senators history on Nov. 11, 2017.

“I’m happy to be back in Belleville,” Murray said. “I’m looking forward to building off last year and pushing towards making the playoffs this season.”

The New Brunswick native played three years in the QMJHL before embarking on a memorable university career with the University of New Brunswick where he won two USPORTS title and was twice named USPORTS defenceman of the year among many other accolades during his four-year career.