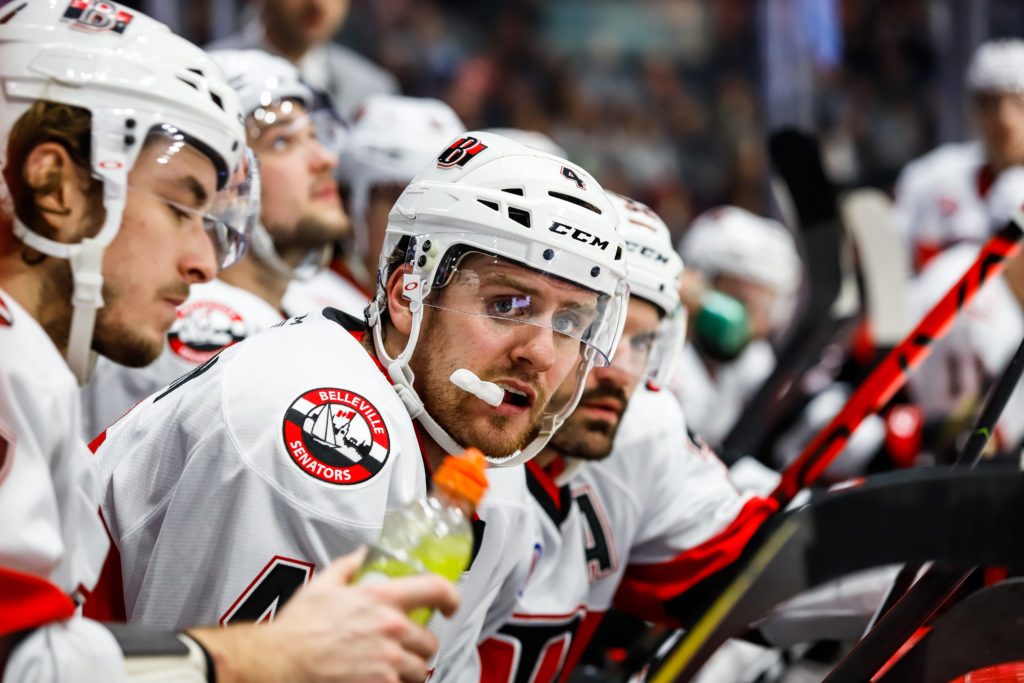 Fifty games into the season and Jordan Murray has already surpassed his career AHL high in points.

Heading into Friday’s clash with Toronto, the Sens d-man has amassed 28 points this season in just 44 games.

When asked about the reason behind the success, he’s quick to deflect praise elsewhere.

“I think I’m just playing with pretty good players,” Murray said. “It’s a lot easier when you can just give Josh Norris the puck behind the net and watch him go end-to-end and get an assist on it.

“It’s just a product of playing with good guys and trying to make more plays.”

It certainly helps the point totals when the Sens are the highest scoring team in the AHL with 187 goals. Murray is one of many Senators who have already or look poised to set new career highs in all major scoring categories.

Of course, Murray’s name has been etched across the Sens’ record book since the team’s inaugural season. His 77 points are the third most in team history while his 54 assists rank second. His 23 goals are also the most by a Belleville blue liner.

“These guys are so skilled,” Murray said of his teammates. “They can shoot the puck. I just try to put the puck on their stick and let them do the rest.”

The 27-year-old, who also scored the first hat-trick in franchise history, now has his sights set on helping the Sens clinch its first ever playoff berth. The Sens lead the North Division and hold the best record in the Eastern Conference.

And as one of only four players remaining from the Sens’ inaugural season, Murray has seen the shift to a contending team unfold in front of his eyes.

“The biggest thing has been the culture,” Murray said. “That first year there wasn’t a real winning culture in the dressing room. But Troy came in and changed the culture and this year everyone has brought in and it’s showing in the standings.”