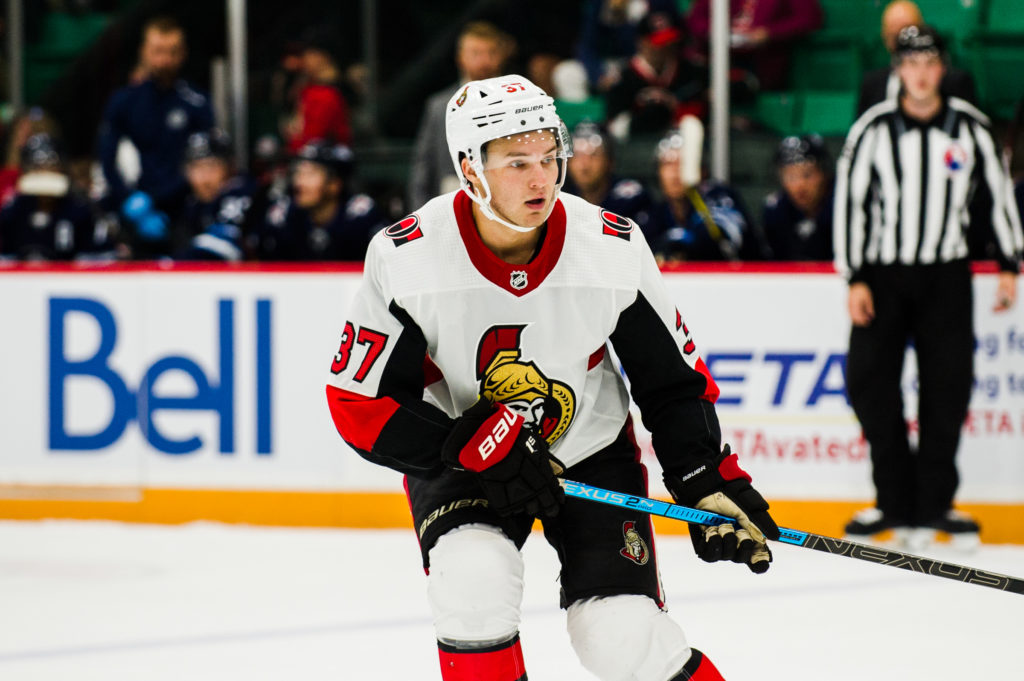 That’s how Josh Norris, one-year ago to the day, found out he had been traded from the San Jose Sharks to the Ottawa Senators.

“We had practice at school about 3pm,” Norris recalled. “It was the second week so we were in preseason and still practicing and I woke up to a call from Doug Wilson, the general manager of the Sharks, telling me I was traded and just wished me the best of luck and that was kind of it.”

Just so happens the one-year anniversary falls on Friday the 13th.

Spooky perhaps, but for Norris, the opportunity to make the jump from college to pro hockey was one he couldn’t pass on any longer.

“Obviously, there’s a bit of a rebuild going on here with a lot of young guys and I wanted to be a part of that right from the get-go especially with the new staff as well,” Norris said. “It’s been a lot of fun so far, lot of good guys, lots of talent.”

Norris’ sophomore year with the University of Michigan was cut short 17 games in due to a shoulder injury suffered in January. He had tallied 19 points (10 goals) after potting eight goals and 23 points in 37 contests as a freshman.

Eight months later he was able to take to the ice once again as the Rookie Tournament held in Belleville last weekend was his first foray back into playing since the injury.

He came out just fine as he had a goal and an assist in two games and helped the Sens to a perfect 3-0 tournament.

“I was a little bit [nervous] at the start but I think that’s just human nature,” Norris said. “I got hit a couple of times in the first few shifts and knew that I was fine so I went on and played after that.”

The tournament also gave Norris, and the other Sens prospects, a mini head start heading into Ottawa’s main training camp that gets started today.

“I think a few people have said it but it gives the younger guys a bit of a leg up and a head start to get a few games in before main camp,” Norris said. “It’s nice to not go right into main camp especially for me and my situation with the shoulder and kind of being able to ease back into it.”

Whether Norris plays in Ottawa or Belleville is yet to be seen but for Belleville Senators head coach Troy Mann, who coached Ottawa’s prospects at the Rookie Showcase, he very much likes what he sees from the 20-year-old.

“I was impressed as I am unfamiliar with him,” Mann said. “I love his skating ability. When he gets the puck through the neutral zone he has his head up, he has some real good speed and he has that sneaky quick release shot.”

But one thing Norris can control is his play. He may not have had a choice as being a central part of the Erik Karlsson trade one-year ago, but although the connection will always be there, he’s not going to allow it to impact him.

“I think that’s something that’s going to come along with the rest of my career with that trade,” Norris said. “I try not to look at it that way. I just try to go out there and have fun and play hard. I can’t change who I am or the player I am and that was just the nature of the business side of it.

“I got a taste of that last year and I’m just excited to be in Ottawa.”