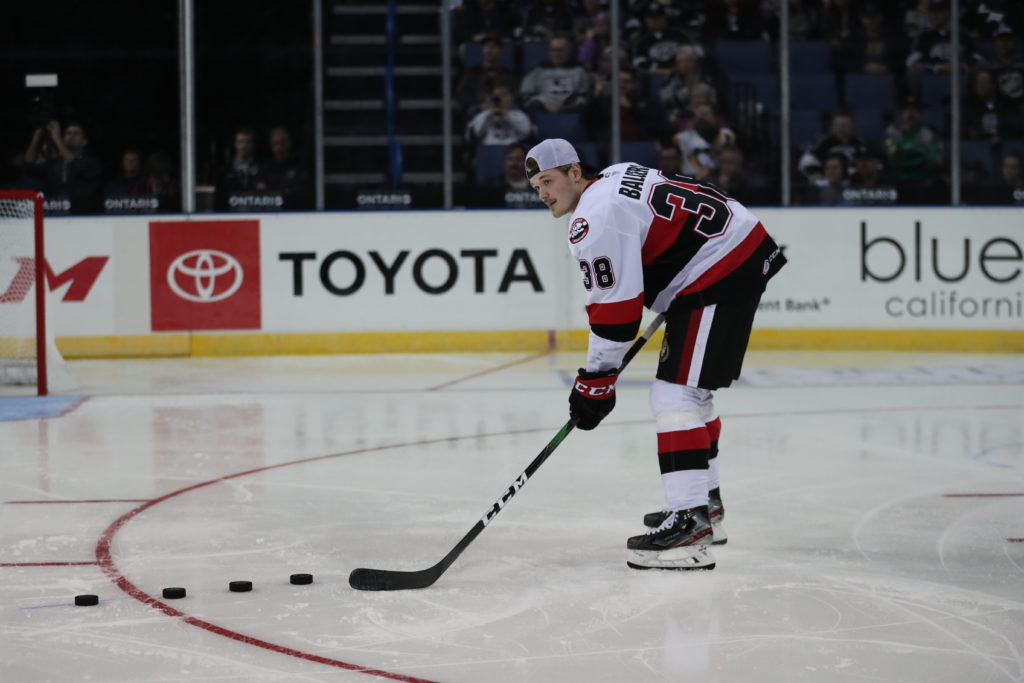 Rudolfs Balcers and Alex Formenton, playing for the North Division at the AHL All-Star Challenge, went winless in the tournament after going 0-2-1.

In their opening game, the North Fell 6-5 to the Pacific. Balcers was the only Senator to get on the scoresheet as he scored a beauty on a breakaway, beating Anthony Stolarz up high. Formenton was first up in the shootout for the North but Stolarz won that battle as he also denied Syracuse’s Alex Barre-Boulet.

The North followed that up with another 6-5 defeat, although this came in regulation. Formenton found himself on the scoresheet for the first time as he beat Milwaukee’s Connor Ingram low blocker to cut the Central’s lead to 5-4 with Balcers collecting the primary assist.

The night ended with a 5-2 loss to the Atlantic with neither Senator tallying a point. Balcers finished with a goal and an assist in three games while Formenton netted a goal.

The Senators are back home on Feb. 7 for another instalment of the Battle of Ontario against the Marlies. Tickets are available by clicking here.