O’Brien out after undergoing surgery 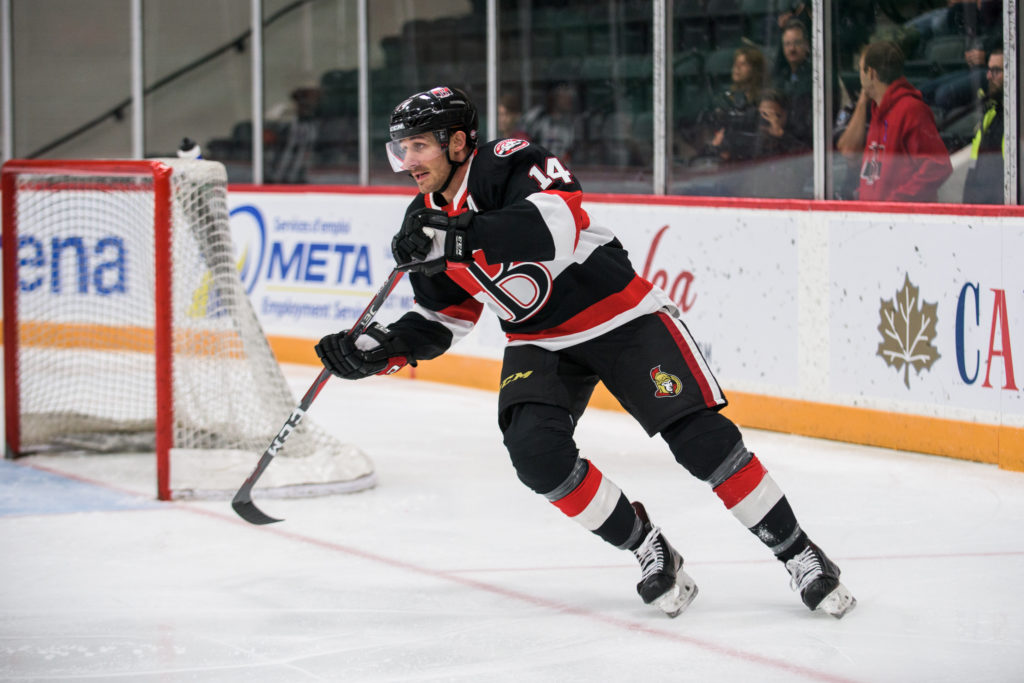 Senators forward Jim O’Brien will be out 4-6 months after undergoing successful surgery after suffering a severed tendon in his right leg.

O’Brien suffered the injury during Saturday’s preseason contest against the Laval Rocket at the CAA Arena. He had two goals Friday night in the first preseason game between the two sides.

“It’s an unfortunate break for us,” Belleville Senators head coach Troy Mann said. “I was looking forward to coaching him again. During my first year in Hershey as head coach I had Jimmy and he was a key part of our team. He was our only right shot center here in Belleville and I felt that he was going to be able to anchor the penalty killing unit too so he’s going to be a big loss for us.”

Last season, O’Brien notched 29 points (13 goals) in 60 games for Belleville while adding an assist in 10 games with Ottawa.

The Sens open their season tonight against the Utica Comets at 7pm. Belleville’s home-opener is Oct. 17 against Binghamton and tickets are available by clicking here.