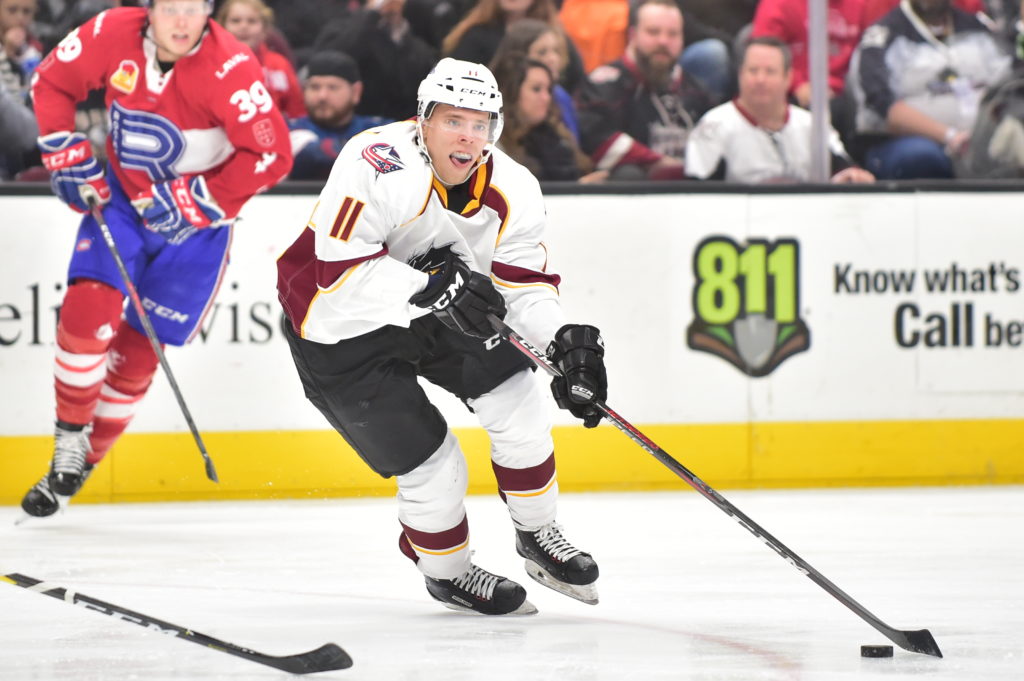 Abramov will be assigned to Ottawa’s American Hockey League affiliate, the Belleville Senators, while Davidsson will remain with Djurgården of the Swedish Hockey League.

“When we acquired Matt in November of 2017, we had hoped his addition would drive us to another deep playoff run,” said Senators general manager Pierre Dorion. “Obviously that did not materialize; more than a year ago, we shifted our focus to a proper rebuild of the entire organization. Our desire was to have Matt be part of this and as such we approached him with a fair and comprehensive contract offer to remain a Senator for the long term.

“As soon as it was determined that he did not want to be part of our rebuild, we shifted our focus to see what assets we could acquire in exchange for Matt that would help grow our pipeline of potential. We feel that both Vitaly and Jonathan, along with the first-round pick will help enhance the team’s future and fit with our continuing effort to build a younger, faster and stronger roster.”

Vitaly Abramov: Abramov, 20, is in the midst of his first professional hockey season with Columbus’ American Hockey League affiliate, the Cleveland Monsters, and has registered 22 points (12 goals, 10 assists) and 28 penalty minutes while skating in all but two of the Monsters’ first 54 games this season.

The 5-9, 171-pound right winger was originally drafted by the Blue Jackets with the team’s third-round pick (65th overall) in the 2016 NHL Draft. Abramov spent the vast majority of his major junior hockey league career with the Quebec Major Junior Hockey League’s Gatineau Olympiques with whom he recorded 223 points (96 goals, 127 assists) and 133 penalty minutes over 145 career contests. He concluded his major junior career with Victoriaville (following a mid-season trade from Gatineau) in 2017-18 and registered 78 points (33 goals, 45 assists) and 46 penalty minutes over 40 games with the Tigres.

A native of Chelyabinsk, Russia, Abramov has appeared in 56 professional games (all of which have occurred with Cleveland), and has recorded 26 points (13 goals, 13 assists) and 30 penalty minutes. Internationally, he most recently represented Russia at the 2018 IIHF World Junior Championship at which he registered one point (one goal) and four penalty minutes over five games in Buffalo, N.Y.

“Vitaly is a quick, creative player with excellent offensive instincts,” said Pierre Dorion. “He projects as a scoring forward and possesses a terrific shot with an elite release.”

Jonathan Davidsson: Davidsson, 21, is currently in the midst of his fourth season with Djurgården of the Swedish Hockey League. The 5-11, 185 lb. forward has recorded 20 points (10 goals, 10 assists) and 16 penalty minutes while skating in 35 games this season.

A native of Tyresö, Sweden, Davidsson has scored 23 goals and added 40 assists for 63 points in 143 games across his four professional seasons with Djurgården. He was originally a sixth-round pick (170th overall) of the Blue Jackets in the 2017 NHL Draft.

“Jonathan is a 200-foot player with excellent speed,” said Dorion. “He’s an intense, character player that has non-stop drive and great hockey sense. He projects as a contributor at both ends of the ice.”