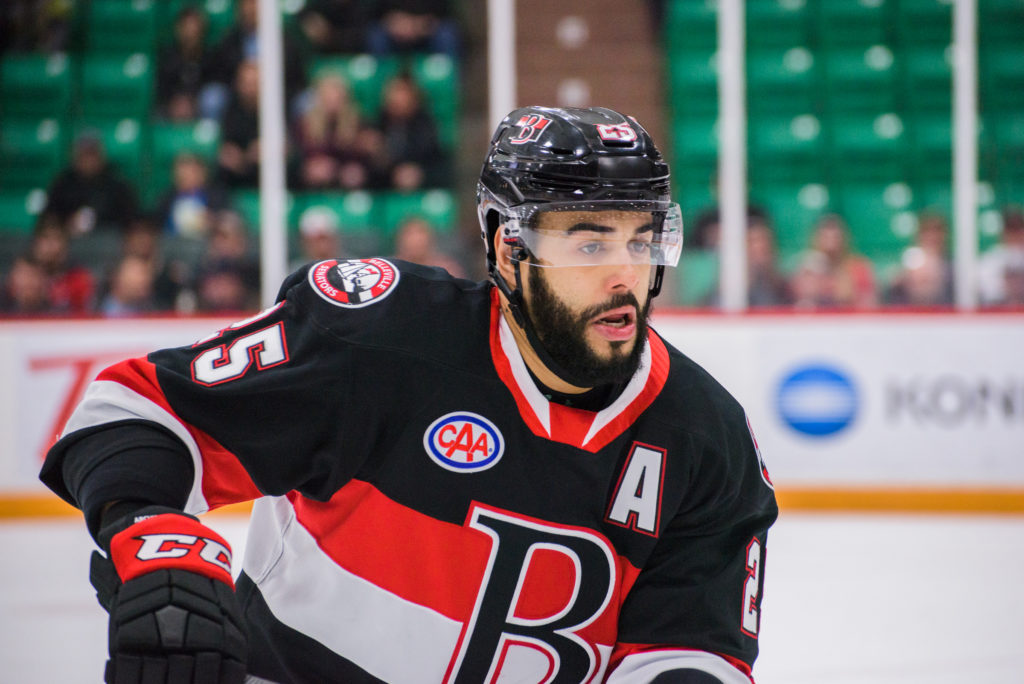 The Ottawa Senators have acquired centre Aaron Luchuk and a conditional sixth-round draft pick in 2021 from the Toronto Maple Leafs in exchange for forward Max Veronneau. The condition will be met should Veronneau play 10 NHL games for Toronto over what remains of the current season or 10 NHL games for the Maple Leafs in 2020-21 (should Toronto re-sign him for next season). Luchuk will report to the Senators’ American Hockey League affiliate, the Belleville Senators.

Additionally, the Belleville Senators have completed an AHL transaction with the Toronto Marlies that sees Belleville acquire forward Darren Archibald in exchange for defenceman Trent Bourque.

“Darren is someone who brings strong leadership skills and experience to a young group while Aaron strengthens Belleville’s depth at the centre-ice position,” said Ottawa Senators general manager Pierre Dorion.

Luchuk, 22, is returning to the Senators organization after originally signing a three-year entry-level contract with Ottawa in late 2017. He has appeared in three AHL games with the Marlies this season, over which he has been held scoreless, in addition to 45 contests with the ECHL’s Newfoundland Growlers posting 50 points (19 goals, 31 assists) and 14 penalty minutes. He played 27 games in Belleville last season.

Archibald, 30, has skated in 34 games with the Marlies this season recording 12 points (seven goals, five assists) and 11 penalty minutes. The Newmarket, Ont., native rejoins the Sens after playing 28 games last season after being acquired from Vancouver. He tallied 17 points (nine goals) during his first stint in Belleville.

The Sens are back home Friday when they host Utica. Tickets are available by clicking here.